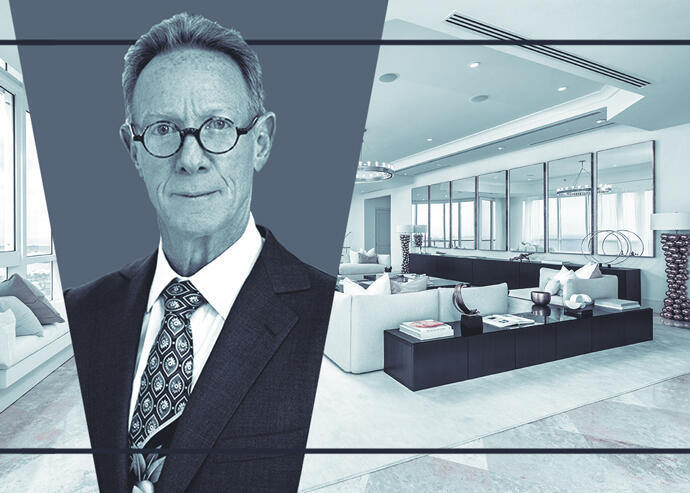 Ian Bruce Eichner and his unit

Continuum South Beach developer Ian Bruce Eichner sold his penthouse at the condo tower for $35 million, more than two years after it was listed for $48 million.

Eichner sold the 11,031-square-foot, seven-bedroom unit, according to the Wall Street Journal. He had been renting it out on a short-term basis since December, at one point for $200,000 a month, he told The Real Deal.

Eichner declined to disclose the buyer.

Eichner, founder of the New York-based Continuum Company, delivered the two-tower condo development at 50 and 100 South Pointe Drive in Miami Beach in 2003. The property features two pools, a gym and tennis courts.

His penthouse includes a cabana, a guest unit on a lower floor and 10 parking spaces. The unit features a terrace with a private pool, a screening room and large open kitchen. It hit the market in 2015 and went through a number of listing agents, as well as price reductions. It was most recently asking $39.9 million.

Eloy Carmenate and Mick Duchon of the Corcoran Group brokered the deal.

South Florida condo sales have bounced back in recent months, partially as a result of the limited supply of single-family homes, leading a number of developers to move forward with new condo projects. Luxury waterfront home sales soared during the pandemic, especially in Miami Beach.

In December, Eichner joined TSG Group and its partners on a planned condo development in Brickell, though Eichner said it may not go forward as originally planned.