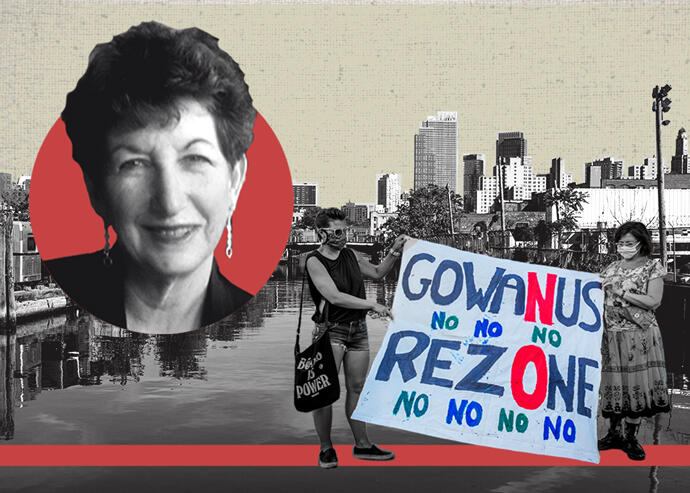 Gowanus rezoning may move forward as soon as Monday The Gowanus rezoning, after months of delay, may be able to move forward within days.

Judge Katherine Levine “indicated she could allow the Gowanus Neighborhood Plan to move into public review as soon as Monday,” the Department of City Planning announced late Friday. The news follows two closed-door meetings with the judge this week. Another is scheduled for Monday.

Nothing is official yet: Levine still needs to lift a temporary restraining order before City Planning can certify the rezoning application, which would allow the city’s land use procedure to begin. The agency, however, has placed the application on its draft agenda for Monday.

The application to rezone 80 blocks in Gowanus was temporarily halted in January in response to a lawsuit by community groups. The complaint accused the Department of City Planning of not properly notifying the public of its intention to start the rezoning process and alleged that Uniform Land Use Review Procedure hearings must be held in person under city law, regardless of exceptions made during the pandemic.

Levine has been sympathetic to arguments that the city needs to make rezoning hearings more accessible. Last month, she declined to lift a temporary restraining order holding up an application for 960 Franklin Avenue in Crown Heights, citing similar reasons over access.

It was not immediately clear if the city has agreed to create additional accommodations for the public as a condition of the Gowanus plan moving forward. One risk for the de Blasio administration is that whatever it agrees to do for the Gowanus rezoning could be required of dozens of others — causing delays that threaten their viability.

Noting that the restraining order remains in place, Voice of Gowanus, one of the groups that has opposed the rezoning, said, “Mayor de Blasio, don’t count your chickens just yet.”