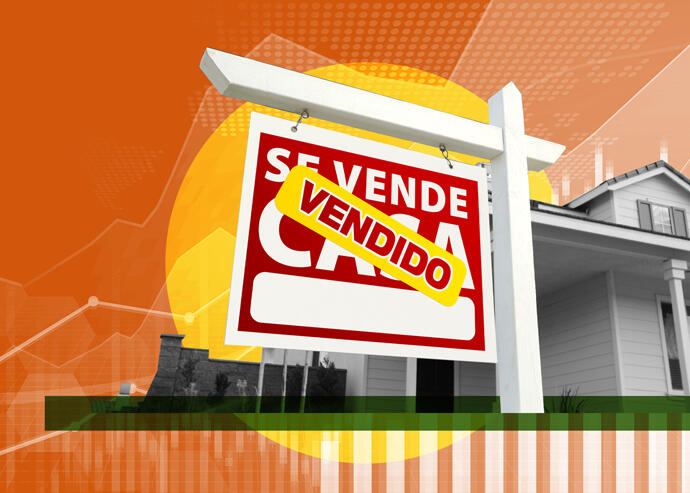 Hispanics account for more than half of U.S. homeownership growth in the past decade despite making up only 18 percent of the population. (iStock)

As buyers — younger ones in particular — flooded the market in 2020, the number of Hispanic-homeowner households grew by more than 700,000 to nearly 9 million, according to Census data compiled by the National Association of Hispanic Real Estate Professionals. The Wall Street Journal first reported the analysis, which was released Wednesday.

Hispanics account for more than half of U.S. homeownership growth in the past decade despite making up only 18 percent of the population. An estimated 48 to 49 percent of Hispanic households owned their homes in 2020, up from 47.5 percent in 2019.

That number has grown for six straight years and the trend is expected to continue. Between 2020 and 2040, according to a forecast by the Urban Institute, 70 percent of new homeowner households will be Hispanic.

In fact, projections show all future homeownership growth will come from minorities. Black homeownership also rose last year, to 45 percent, up from 42 percent in 2019.

Among the areas seeing the greatest growth in Hispanic homeowners are Houston, Dallas, Orlando, Seattle and Fresno. Hispanic Americans tend to be younger and have less student debt than other groups, including non-Hispanic whites.

The median property value of homes purchased by Latinos with a mortgage in 2020 was $265,000, according to the report. For all ethnicities it was $313,000. The discrepancy stems in part from a 29 percent difference in median household income between whites and non-white Hispanics.

The report also found Hispanic buyers’ closing costs were $599 more than white buyers paid for conventional mortgages and $1,410 higher for Federal Housing Administration mortgages, in part because their median down payment was 3.5 percent versus 10 percent for the general population. FHA loans require lower down payments but are more expensive.