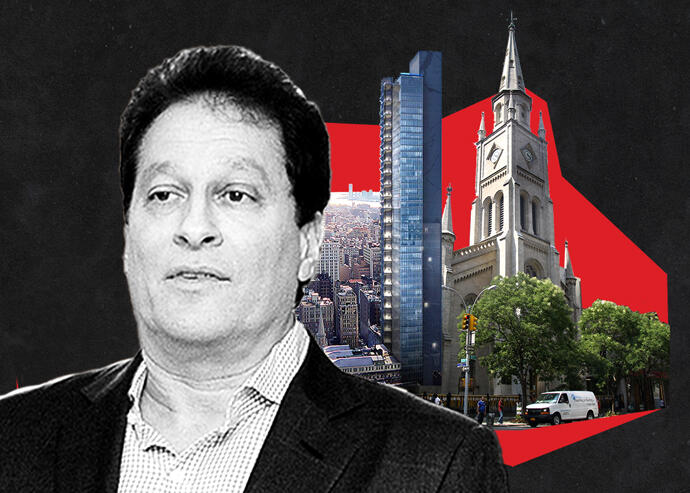 After an 11th-hour effort to stave off foreclosure, HFZ Capital Group and the Marble Collegiate Church have lost control of their NoMad joint venture.

Mezzanine lender Vanbarton Group took control of the development site at Fifth Avenue and West 29th Street, where the church has stood since 1854, in a UCC foreclosure auction Friday afternoon, according to Matthew Mannion of Mannion Auctions, which conducted the auction.

Representatives for HFZ and the Marble Collegiate Church were not immediately available for comment, and a representative for the Vanbarton Group declined to comment.

The tug-of-war over ownership of the site, where HFZ planned to develop a 34-story office tower, came to an end after HFZ made a last-ditch effort to retain control. The developer on Thursday applied for a temporary restraining order to delay the auction and, earlier Friday, threatened to throw the project into bankruptcy to gum up the works.

A judge felt the borrowers were in disarray and denied the restraining order, a source familiar with the case said.

Friday’s UCC auction was the latest blow for HFZ, which has been embattled by lawsuits and financial problems, including foreclosure proceedings on multiple other development projects in Manhattan, since late last year.