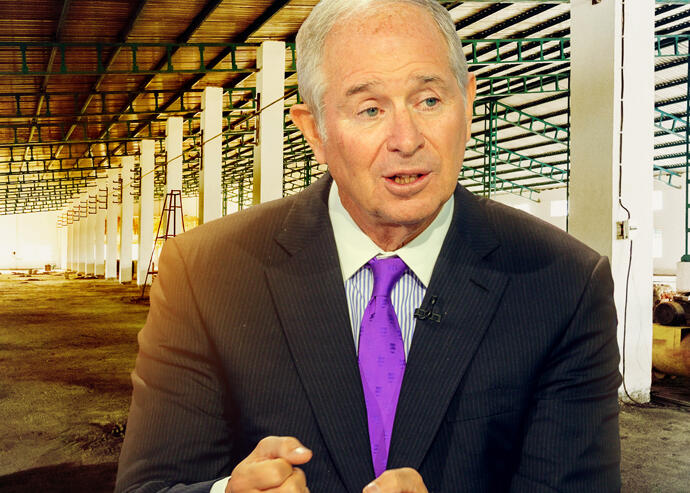 CEO of The Blackstone Group Stephen A. Schwarzman. (Getty)

Blackstone Group is nearing a deal to pay $720 million for a massive portfolio of industrial property and development sites in India.

Warburg Pincus LLC and Embassy Group own the portfolio.

Indian consumers have not taken to online shopping to the same extent as consumers in other major economies, according to the report. But e-tailers have expanded their operations in the country over the last several years, thanks in part to a 2017 tax overhaul and government infrastructure investment.

Amazon last year opened its largest office complex worldwide in Hyderabad as it pushes to expand its business in the country. As of last August, the company operated 67 distribution centers and 1,400 delivery stations across the country.

U.S.-based investors have poured money into the wider Indian property market over the last year. Last summer, Blackstone and Brookfield were competing to buy brick-and-mortar retail properties struggling amid the pandemic.

Brookfield also bought a large portfolio of office properties in the country last year. On Thursday, Blackstone reported net income of $3.37 billion for the first quarter, compared to a loss of $2.6 billion during the first quarter of 2020.