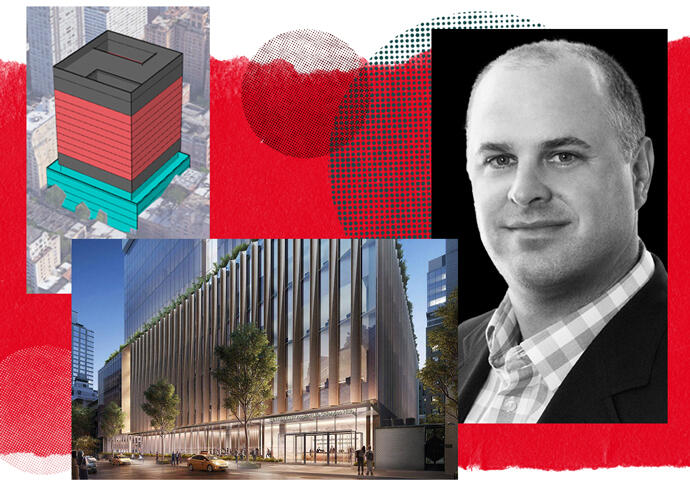 The New York Blood Center is close to getting approval to begin the city’s seven-month public review process for a new headquarters on the Upper East Side. But some neighborhood residents are pushing back, saying the new building is too big and the organization hasn’t been transparent about its plans.

The organization, working with developer Longfellow Real Estate Partners, is seeking a rezoning that would allow it to replace its current, three-story headquarters at 310 East 67th Street with a 334-foot building, the New York Post reported.

The new facilities would include the Blood Center’s own offices and labs, as well as space for other medical partners or life sciences firms. Approximately 200,000 square feet of the 600,000-square-foot building would be used by the Blood Center, with the rest leased out to other firms, according to a final scope of work that was released on April 16.

Opponents of the project, however, have decried the proposed building’s height, which is a good deal taller than the current 75-foot maximum for buildings in the area. They claim it will cast shadows on a nearby school and a nearby park.

Another point of contention is the Blood Center’s plan to construct a larger lab which processes microbes that are “indigenous or exotic, and they can cause serious or potentially lethal disease through respiratory transmission,” according to the CDC.

The neighborhood group leading the opposition, Friends of the Upper East Side Historic Districts, claims the organization and Longfellow have not been transparent about bringing such a facility to the site, or how the lab will be used. (Council member Ben Kallos, who represents the area, told the Post, “I hate to think of what they’re cooking up in there.”) The Blood Center contends that it’s always had such a lab on site.

The project has yet to receive certification to begin the city’s Uniform Land Use Review Procedure, but submitted its final scope of work to the Department of City Planning earlier this month. Once approved, it’ll begin the seven-month review process, with the City Council delivering the final vote on the matter.

But Kallos — whose support, or lack thereof, for the project will likely make or break its chances of approval — told the Post he’s previously worked with other elected officials to stop efforts by the Blood Center to bring a larger building to the project site.