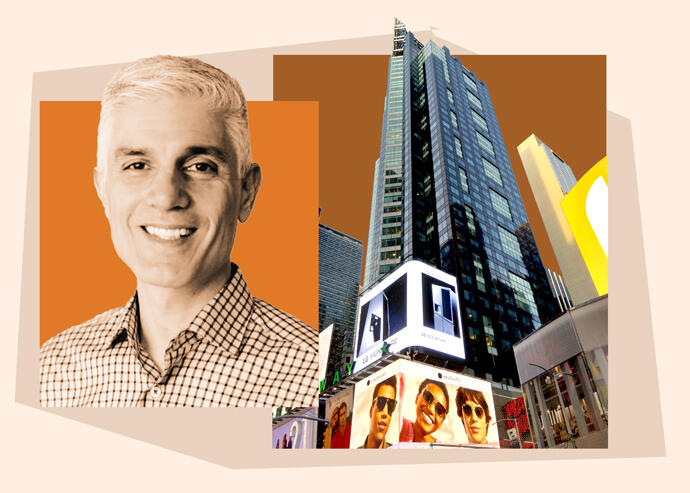 A Midtown office building just snagged a tenant for a big lease.

Pharmaceutical developer Schrödinger inked a deal for nearly 109,000 square feet at Edge Fund Advisors’ 1540 Broadway, the New York Post reported. The company will occupy the 21st to 24th floors of the Times Square tower, which recently underwent a $40 million makeover that includes a 27,000-square-foot amenity center.

The company is moving from a 63,000-square-foot space at Kamber Management Company’s 120 West 45th Street.

Schrödinger got a good deal on the lease: It includes 16 months of free rent, according to the Post. Its rent reportedly starts in the $70s per square foot, and will rise over the 17-year lease term.

Schrödinger’s plan to expand in the middle of Times Square sends a much-needed positive sign in Manhattan’s office real estate market. The availability rate in Manhattan hit a record high of 16 percent in the first quarter, according to Colliers International. In addition, out of about 120 global tech companies that participated in a recent survey by Savills, 47 percent said they would need less space when they go back to office in the post-pandemic world.