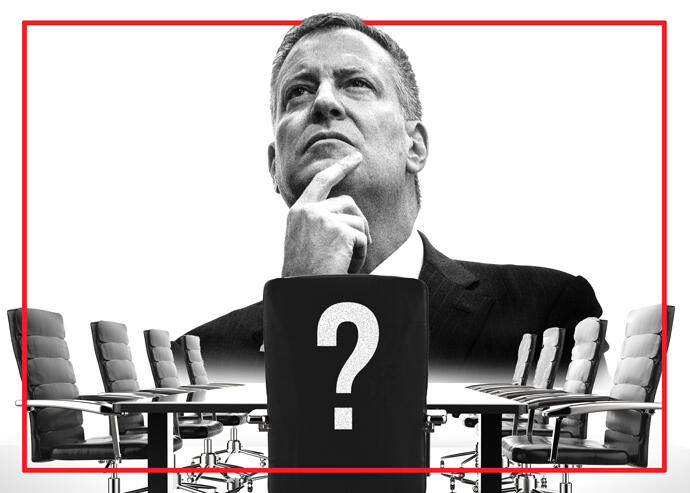 City rent board missing landlord rep ahead of preliminary vote With just four days until its preliminary vote, the city’s rent board is still one landlord voice short.

The nine-person Rent Guidelines Board is poised to cast its preliminary vote Thursday on what rent increases should be permitted on stabilized apartments for one- and two-year leases. The board usually consists of the chair, two tenant representatives, two owner representatives and four members who represent the general public. All are appointed by the mayor.

Patti Stone, an attorney with Rosenberg & Estis who was named to the board in 2019, said she gave the city notice of her departure several months ago. Her seat, however, has remained vacant for the board’s meetings and hearings this year.

The mayor is expected to name a replacement in time for Thursday’s vote, according to the administration. But a replacement landlord representative doesn’t have to be named for that vote to happen: The board already has enough members for a quorum.

It isn’t unusual for the administration to appoint members to the board last minute. In 2019, Stone was appointed alongside three new public members and a new chair in late April, ahead of the May 7 preliminary vote. The mayor appointed new representatives for owners, tenants and the public in late April 2018, announcing the members one day before the board’s scheduled preliminary vote.

Scott Walsh, currently the sole owner representative on the board, is frustrated that the mayor hasn’t named Stone’s successor, saying it “highlights the complete disregard toward owner issues.” He said even if a replacement is named before the hearing, the member is being “set up for failure,” having missed multiple meetings where the board went over reports detailing the state of the city’s rent stabilized housing stock.

Landlord groups echoed that sentiment. Jay Martin, executive director of the Community Housing Improvement Program, said the lack of action is “emblematic of how the city has treated the needs of rent-stabilized property owners during the de Blasio administration.”

Owners have long criticized research reports put out by the RGB, saying they fail to take into account certain costs incurred by landlords and leave out rent-stabilized buildings with fewer than 10 units. There is also a general feeling among owners that the outcome of the board’s deliberations is preordained, largely by the mayor. When de Blasio called for a freeze on rents last year, groups accused him of trying to steer the board’s decision. Ultimately, the body approved a freeze on one-year leases and a 1 percent increase on the second year of two-year leases.

Joseph Strasburg, president of the Rent Stabilization Board, a landlord group, said for that reason, the lack of one owner representative doesn’t really matter.

“It is another indication of this administration’s disrespect for the process and its attitude toward the industry,” he said. “This is his last hurrah.”

Ahead of Thursday’s vote, landlord groups are advocating for increases of between 2 and 4 percent on one-year leases and between 3 and 5 percent on two-year leases. Tenant groups are calling for a rent freeze or a 5 percent rollback on rent. During a hearing last week, tenant groups warned that approving an increase would incentivize landlords to reject federal rent relief, given that as a condition of receiving back rent, landlords can’t increase rents for a year.