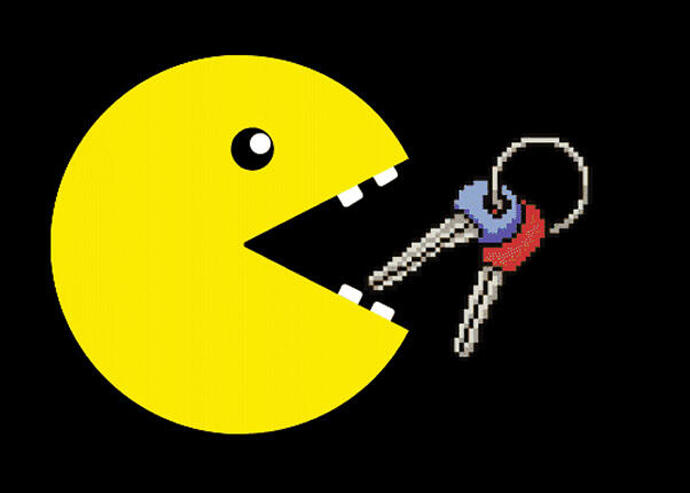 This is your home on tech With the M&A market for listings services heating up, eyeballs are worth a lot more than they used to be.

CoStar bought national search portal Homesnap for $250 million in November, pitting the CRE data giant against Zillow, Realtor.com and others in the residential game. CoStar also tried to buy CoreLogic and RentPath these past few months but failed in part due to scrutiny from the Federal Trade Commission.

But CoStar’s loss was Redfin’s gain: The real estate brokerage nabbed RentPath for $608 million in cash in April, expanding its presence in the rental market and bringing the millions of users on Rent.com, ApartmentGuide.com and Rentals.com under its control by 2022. Barely a week after Redfin closed on the deal, CoStar announced it was buying listings portal Homes.com for $156 million in cash.

In February, Zillow said it would acquire Chicago-based ShowingTime for $500 million. The software company, which is used by nearly a million agents, automates home showing schedules and management processes to make business run smoothly for agents and their teams.

Looking ahead, Matterport, which sells cameras and software to create 3D models of interior space for video tours, plans to merge with a SPAC led by leveraged-buyout billionaire Alec Gores later this year. The transaction will value the startup at $2.9 billion. Money has flowed into construction startups as the industry looks for ways to address a national housing shortage and tackle rising labor and material costs. Between 2015 and 2019, investors bet $5.1 billion on construction tech across 571 deals, according to data from CB Insights. Last year, the sector was on track to hit $1.3 billion in funding, a 56 percent jump from 2019.  Investors and startups see a massive opportunity: Construction accounts for 7 million U.S. jobs and $1.3 trillion in annual spending. Ed Walters of Mosaic, which turns blueprints into work plans, said the overbooked startup was “actively turning away customers.”

Seasoned players in construction are waking up to the promise of tech. Lennar, the country’s largest homebuilder, has bet over $300 million across 20 startups, not just to make a buck but to “enhance our core operations,” CEO Stuart Miller said during a March earnings call.

And Wall Street is paying attention. The country was in lockdown last year when Procore shelved its IPO and raised $150 million in private funding. Now, the public offering is back on after customers and revenue surged. Smart-glass maker View went public in March in a $1.6 billion SPAC deal with Cantor Fitzgerald’s Howard Lutnick, who called the technology a “gamechanger that will revolutionaize the real estate experience.”

Real estate agents clutching index cards with listings are a thing of the past — the distant past.

Instead, armies of tech-focused brokerage firms are fighting to dominate the $36.2 trillion housing market — which hit a 14-year high last year with 5.6 million home sales.

Many companies are at a tipping point.

Earlier this month, Compass went public at a $7 billion valuation in one of the industry’s most buzzed-about IPOs. (In its filings, Compass said revenue rose 56 percent to $3.7 billion in 2020, a year in which it lost $270 million.) In March, Side became a unicorn after raising $150 million to expand its “white-label” offering. Meanwhile, virtual brokerage eXp Realty doubled in size last year and saw sales skyrocket 89 percent, as rivals spent a chunk of the year in lockdown. (To that end, a mobile-first brokerage, Avenue8, launched with $4 million in seed funding in December. Craft Ventures, the firm founded by prominent Silicon Valley investor David Sacks, led the round).

In 2014, Eric Wu launched Opendoor with a zany idea: Buy homes online, directly from the consumer, then resell them at a premium.

Since then, iBuying (or instant homebuying) has emerged as a new category in the housing market with companies like Zillow calling it an “existential threat” if ignored. The upside for homeowners? A quick and guaranteed closing.

In 2019, iBuyers purchased $8.1 billion worth of homes, doubling their market share from the year prior, according to analyst Mike DelPrete. They accounted for roughly 0.5 percent of the total housing market.

Despite being forced to pause at the height of the pandemic last spring, iBuyers made major moves in 2020 and early 2021: Opendoor went public in a $4.7 billion SPAC deal in December; its market cap is now $12 billion. Last month, Offerpad, which generated $1.1 billion in revenue in 2020, said it will do the same with a blank-check firm backed by former Zillow CEO Spencer Rascoff. Outside the U.S., Brazilian iBuyer Loft raised $425 million at a $2.2 billion valuation in March.

By offering buyers the opportunity to search, finance and sell their homes on a single platform, Zillow is aiming to deliver a “one-click trade-in Nirvana,” CEO Rich Barton has said.

A slew of tools is making that possible.

Orchard, a four-year-old startup, raised $69 million in September to develop machine learning and bring the entire buying and selling process online. Snapdocs, a tool for managing mortgages online, raised $60 million in October, bringing its total funding to $160 million. And last month, digital notary startup Notarize raised $135 million after its revenue jumped 600 percent in 2020. (The round tripled its valuation to $760 million.) Although business was growing pre-Covid, the pandemic, according to CEO Pat Kinsel, demonstrated that “this works.” The cartel has been put on notice.

After a 100-year reign, the “Big Four” title companies that dominate the $16.6 billion industry — Old Republic, First American, Fidelity National and Stewart — are facing competition from well-funded startups. Companies like Doma (formerly States Title), Spruce and JetClosing are raising capital and implementing machine learning and automation to take on a business that’s changed little since the 1800s.

Last month, Doma said it would go public in a $3 billion SPAC deal after the brisk housing market, low interest rates and demand for tech “massively accelerated” demand for its services, CEO Max Simkoff said. Last year, Doma retained $190 million in fees, a number it expects will hit $464 million in 2023.

The line between lending, title and insurance is blurring.

Homeowner’s insurance — representing $105 billion in premiums a year — is another big target. In July 2020, Wall Street blessed Lemonade’s IPO with a 140 percent stock pop on its first day of trading. Shares of the AI-powered insurer are now trading around $95 per share, up from $29, giving Lemonade a market cap of $5.6 billion. Hippo, which generated $52 million in revenue last year, is set to go public in a $5 billion SPAC deal. The company claims to calculate insurance quotes instantly and gives customers smart-home devices to detect leaks and other issues.

Move over, banks and credit unions. Alternative lenders are going after the U.S. mortgage business.

Companies such as Better.com (a mortgage originator) and Blend (which streamlines applications) are using machine learning and automation to process digital loans in minutes. In April, Better was valued at $6 billion, after a $500 million investment from SoftBank, which bought out existing shareholders. Blend raised $300 million at a $3.3 billion valuation in January to “build the banking software infrastructure for the future.” And in October, former Zillow execs Greg Schwartz and Carey Armstrong launched Tomo, a mortgage startup, with $40 million in seed funding.

Thanks to historically low interest rates, 2020 was a banner year for mortgage loans. There were $3.18 trillion mortgage originations last year, the most since 2003, according to  the Mortgage Bankers Association. The MBA projects $2.49 trillion this year.

And for buyers who can’t get a traditional mortgage, there are alternatives. Divvy, a rent-to-own startup, raised $110 million in February after its business grew fivefold last year. The company buys homes on behalf of customers, who rent them for three years until they build up their equity to 10 percent. EasyKnock and Noah (formerly Perch) let homeowners pull equity out of their homes.

Homeowners can use their phones to set the thermostat and see who’s at the door. But that’s just a teaser for what’s to come in the connected-home ecosystem. Startups are looking to tackle everything from connecting homeowners with repair services to boosting WiFi connectivity in apartment buildings.

In December, home-services startup Porch.com went public in a $523 million SPAC deal that helps it go after a $220 billion total addressable market that includes moving services, property and casualty insurance and contractor services. Last month, ServiceTitan, which sells software to heating and cooling technicians, raised $500 million from Sequoia and Tiger Global; this month, investors poured $90 million into HomeX, a software startup that connects homeowners and techs.

Meanwhile, smart-lock makers Latch and SmartRent are targeting their $54 billion market with 47 million rental homes around the U.S.

In January, Latch struck a $1.5 billion deal to go public with a Tishman Speyer-backed SPAC. in an investor presentation, Latch said it can save landlords $100 to $300 per apartment annually while boosting revenue up to $500. SmartRent, which has software to manage on-site parking and offer self-guided tours, raised $60 million in May.

To help owners track everything from leasing to maintenance to rent collection, investors have bet on a slew of startups such as Mynd, which has 7,500 single-family homes under management and raised $41.5 million in June. In February, Knock, which bills itself as the “front-office tech stack” for apartment landlords, raised $20 million. Co-living pioneer Common also raised $50 million to expand its platform, which CEO Brad Hargreaves promised would fix a “fundamentally broken” property leasing and management system.