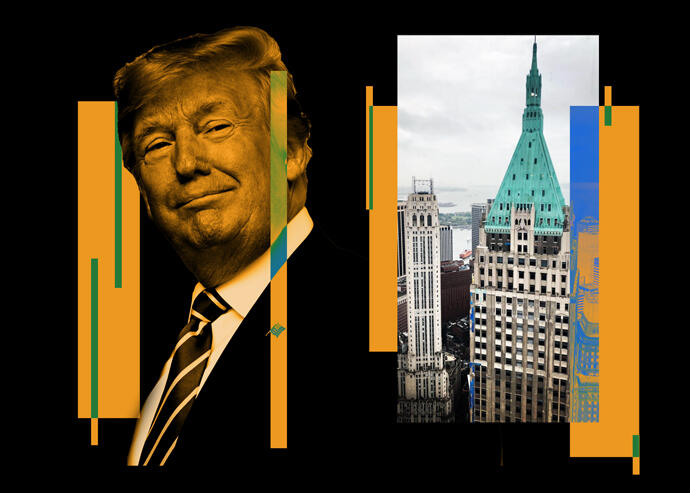 The market values of office towers have plummeted during the pandemic, declines that could equal discounts for Donald Trump.

The former president’s family firm could pay nearly $1.7 million less on property taxes for the office tower at 40 Wall Street after the building’s value slumped 29 percent to about $130 million for the coming fiscal year, Bloomberg News reported.

The break would offer the Trump Organization some reprieve from the revenue declines that rippled across the firm’s portfolio this year.

The Wall Street building’s revenue fell $27.7 million from January through September 2020, or around $37 million for the year in total, Bloomberg found in an analysis of loan documents. That’s a 11 percent drop year-over-year.

The tumultuous end to the Trump presidency also left a mark. Tenants have considered leaving the property, while broker Cushman & Wakefield has distanced itself from the developer after the Jan. 6 Capitol riots.

The building has also been the target of a state probe into whether Trump falsely reported asset values to obtain tax benefits. The investigation stemmed from claims last year by Trump’s former personal lawyer Michael Cohen.

The state will release final assessments for the upcoming tax year later this month. Figures could show greater reductions than those listed in January’s initial assessments.