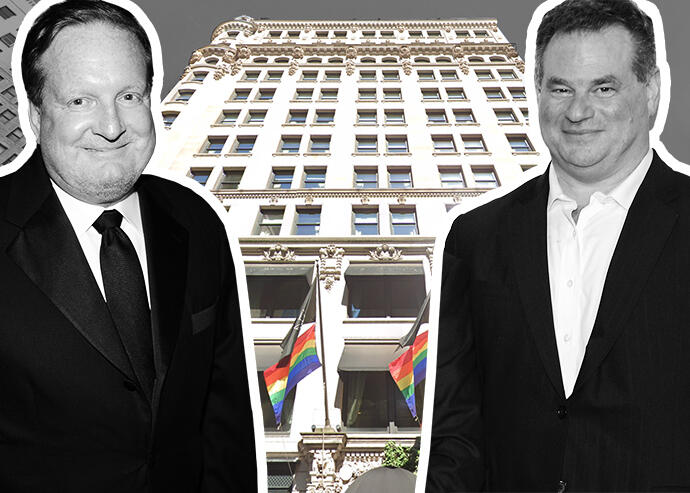 NoMad Hotel heads back to the auction block The owners of the NoMad Hotel — who shelled out big bucks a few years ago to avoid foreclosure at the 11th hour — have their backs up the wall once again.

Billionaire investor Ron Burkle and hotelier Andrew Zobler are facing a foreclosure on their equity in the trendy hotel at 1170 Broadway, according to a notice for the UCC foreclosure auction.

Lenders Ohana Real Estate Investors and Ellington Management Group, which hold $102.5 million in mezzanine debt on the hotel, have scheduled the auction for June 30.

Zobler’s Sydell Group and Ellington Management declined to comment. Representatives for Burkle’s Yucaipa Companies and Ohana Real Estate could not be immediately reached for comment.

The NoMad management reportedly told staff in March that it planned to shut the hotel for renovations beginning April 2.

This is the second time that Burkle and Zobler have faced foreclosure on the property, which they control via a ground lease.

In 2019, lender Colony Capital filed to foreclose on its equity interest in the hotel. Burkle and Zobler put aside their ongoing feud to save the hotel, with Burkle’s Yucaipa Companies agreeing to buy back the $40 million mezzanine debt from Colony Capital.

JLL is handling marketing for the UCC foreclosure.