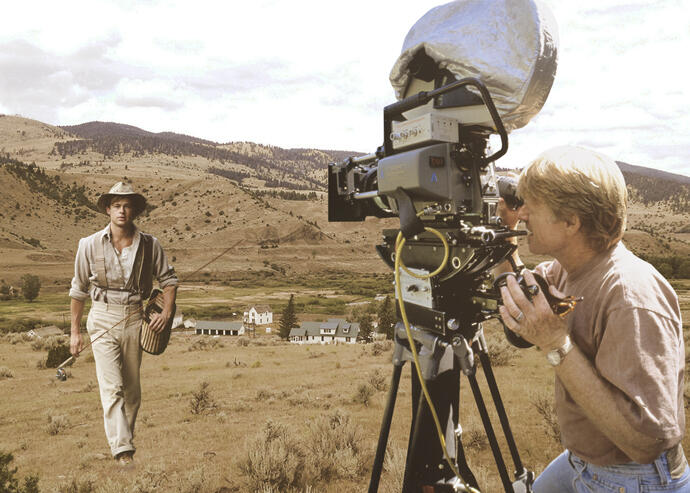 “A River Runs Through It” Montana ranch lists for $136M An 80,000-acre working ranch in Montana, which was the backdrop for Robert Redford’s film “A River Runs Through It,” is hitting the market for $136 million.

Climbing Arrow Ranch is believed to be one of the largest private and undeveloped properties in the Rocky Mountain West, according to the Wall Street Journal.

The ranch is five noncontiguous parcels spanning four counties about 30 miles outside Bozeman. One of those parcels borders the massive ranch owned by Ted Turner.

Listing agent Mike Swan with Swan Land Company said demand is stronger than usual for properties at the top of the market. The list of potential buyers for such a large property, he acknowledged, is small.

Climbing Arrow Ranch is owned by the children of the late Buck Anderson, who in 1959 bought the first parcel that now makes up the property. The elder Anderson was the grandson of Bank of California founder Frank B. Anderson.

The property has seven homes across it and facilities for staff. There is a herd of about 2,000 commercial Black Angus cattle that cowboys move across the property each June.

The Madison River bisects the property and is used to irrigate hay meadows. The river also offers good trout fishing, an activity prominently featured in Redford’s 1992 film, which starred Brad Pitt. Swan said there also are Native American stone circles and cave petroglyphs on the property.