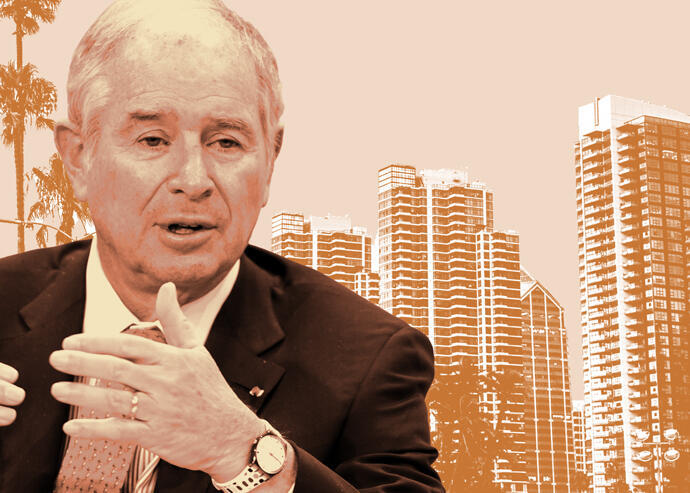 Blackstone Group is planning to buy about 5,800 apartment units in San Diego for more than $1 billion.

The New York-based private equity and investment firm has agreed to purchase 66 complexes across the city from the Conrad Prebys Foundation, according to the San Diego Union-Tribune. It also plans to make $100 million in improvements to the properties.

With the deal, Blackstone will own 6,700 units in the Southern California city. It already owns $4.5 billion of assets in the city, including the Legoland theme park and the historic Hotel del Coronado.

“We look forward to ensuring that these properties continue to provide the community with a high-quality rental option at a good value,” Blackstone Real Estate’s global co-head, Kathleen McCarthy told the Union-Tribune.

All of the units are currently market-rate. Blackstone said it would provide resident services, including health and wellness programs and financial literary services, at the complexes, through a partnership with a nonprofit. The firm also plans to keep the majority of the apartments affordable for those making 80 percent or less of the area’s median income.

In the last year, Blackstone has also made big bets on life sciences and self storage.