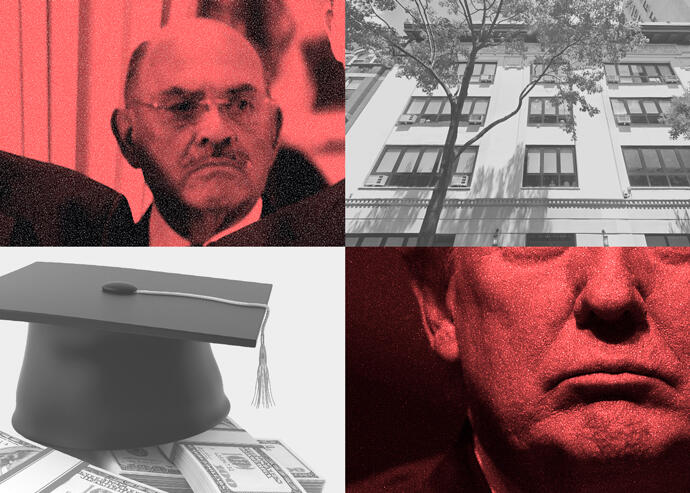 Tuition paid to a Manhattan private school is the latest target in New York prosecutors’ probe of former president Donald Trump and his real estate firm.

The children’s mother, Jennifer Weisselberg, told the Journal that checks signed by either Allen Weisselberg or Trump paid $500,000 in tuition from 2012 to 2019.

The district attorney’s office may be investigating whether the payments were part of Allen Weisselberg’s compensation and should have been taxed as income, former prosecutors unaffiliated with the probe said.

Such a finding could give Vance’s office leverage as it seeks Allen Weisselberg’s cooperation in its Trump investigation, possibly to obtain records or documents about suspicious loan, bank or insurance activity by the Trump Organization or its executives.

It’s typical for prosecutors to offer a potential defendant leniency in court in exchange for information.

“The way that cooperation is typically obtained is by demonstrating to the potential cooperator that they have no better option,” Daniel Horwitz, chairman of the white-collar defense and investigation practice at firm McLaughlin & Stern, told the Journal.

Pace University tax law professor Bridge Crawford said making payments to a school as a gift — as the Trump Organization may have done — is not taxed as income. But if an employer pays tuition on behalf of an employee’s family, it is.

Jennifer Weisselberg told the Journal that neither she nor her ex-husband — Allen Weissselberg’s son — had paid the tuition. Rather, she gave the school checks signed by Trump and Allen Weisselberg.