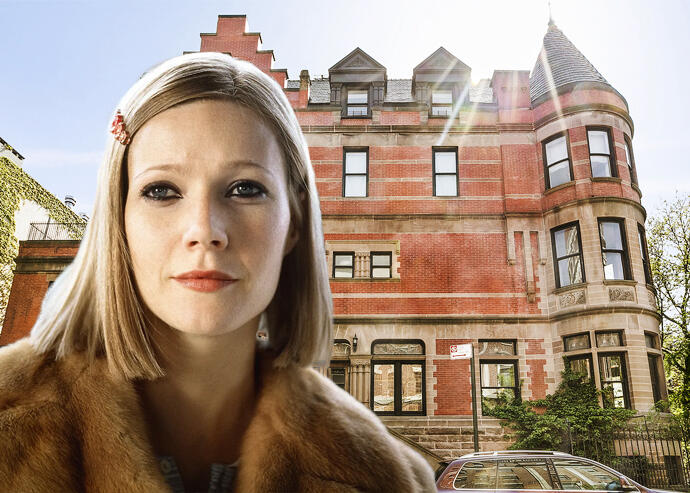 The home that Wes Anderson rented to film “The Royal Tenenbaums” is available to rent. (Compass)

But you’ll need the financials of a Tenenbaum to afford it; the 6,000-square-foot home is asking $20,000 a month, according to Curbed.

The cast outside the house on Convent Avenue. (Touchstone Pictures)

Anderson rented the circa-1899 home at 339 Convent Avenue for six months to shoot the Oscar-nominated film, and both the exteriors and interiors appear in the movie. The director used rooms in the home’s distinctive turret as the three bedrooms of the Tenenbaum children.

The mansion spans five levels, including three with elevator access, and has six bedrooms total. Many of the rooms have original wood paneling, parquet floors and walls covered with vibrant wallpaper and artwork. There are more than 50 windows along with stained-glass transoms and other decorative flourishes.

Some of the rooms have been updated, including the kitchen. There are six gas-operated fireplaces, as well as a garden.

The property was once the home of U.S. Attorney Charles H. Tuttle, who unsuccessfully ran against Franklin D. Roosevelt for Governor of New York in 1930.

Anderson shot “The Royal Tenenbaums” at several New York locations, including the Grand Prospect Hall in Brooklyn, which was damaged in a late 2019 fire.