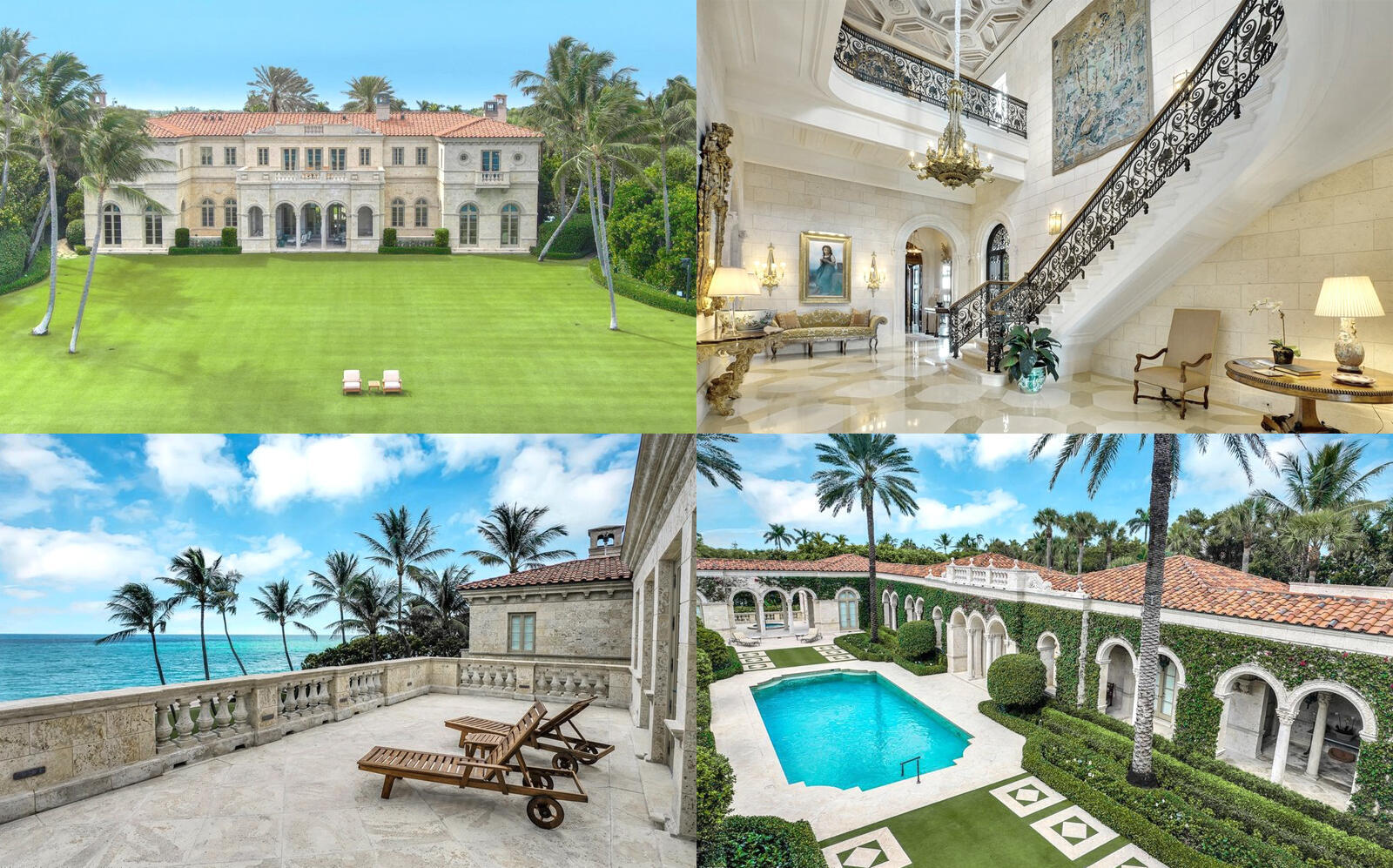 Edward G. Watkins sold his oceanfront Palm Beach estate for $95 million, marking the second most expensive sale this year in the ritzy town.

Watkins was the true owner, and had the mansion homesteaded, according to the Palm Beach County property appraiser.

Watkins, who is known as Chris, is the grandson of E.G. Watkins, the creator of the punch time clock. E.G. Watkins founded Simplex Time Recorded in 1894, and Chris Watkins began leading the company in 1967, according to Forbes. He expanded the company to include security systems, later selling Simplex to Tyco for $1.2 billion in 2001.

The Goodrich Florida Realty Trust II purchased the property for $17.7 million in 2001, records show. That same year, the trust filed to demolish the former house on the 0.7-acre site and construct the existing one. It was finished in 2003.

The nearly 14,000-square-foot, seven-bedroom mansion was listed in July of last year with an asking price of $110 million. Lawrence Moens of Lawrence A. Moens Associates had the listing.

Earlier this year, a private equity partner spent more than $120 million on an oceanfront estate in Palm Beach, which still stands as the most expensive sale on the island this year.

Waterfront estates in Palm Beach have sold for sky-high prices throughout the pandemic. In March, a hotelier sold her waterfront Palm Beach mansion for $57 million, and the Ziff family sold their compound in Manalapan for $94 million.