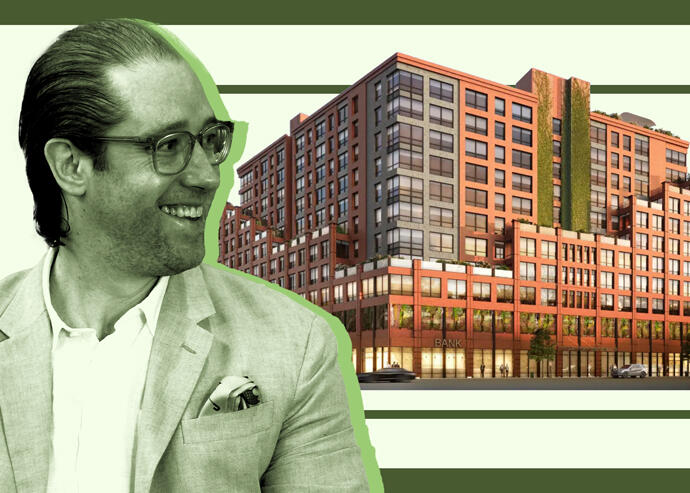 Slate Property Group has secured $90 million in construction financing for a mixed-use development in Forest Hills.

Pacific Western Bank issued the senior loan, while Heitman provided the mezzanine loan for the loan, which will be used to facilitate construction at 69-65 Yellowstone Boulevard, Commercial Observer reported.

At the time of the project’s groundbreaking in early April, David Schwartz, co-founder and principal of Slate Property Group, said in a statement to the Forest Hills Post that the firm is committed to supporting the city’s recovery and tackling the housing shortage.

“Through mixed-use projects such as this, we are able to create new jobs, bring resources to the community and keep New York moving forward,” Schwartz said.

The Aufgang Architects-designed structure is rising on the site of a former Key Food at the corner of Yellowstone and Queens boulevards. The building is due to have 166 rental units, 50 of which will be set aside as affordable housing, along with 50,000 square feet of retail space. The retail space has been reportedly leased to new grocer and a bank.

A Newmark team led by Dustin Stolly and Jordan Roeschlaub negotiated the deal.