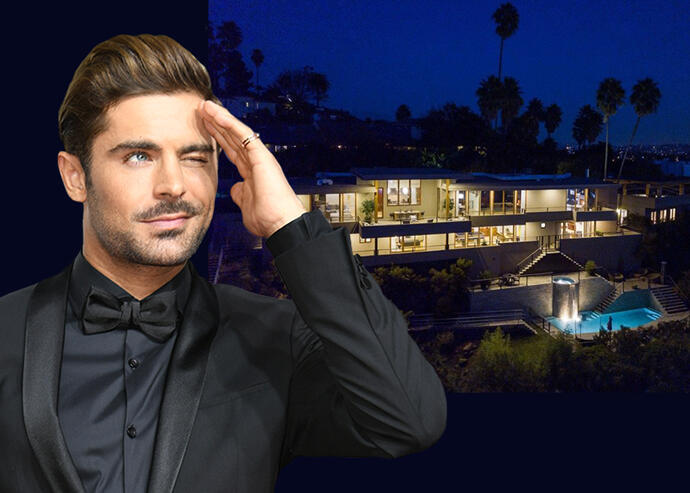 Zac Efron is officially out of Los Feliz, with apparent plans to head Down Under.

The one-acre hillside property has five bedrooms and five bathrooms. It spans three stories with decks and balconies on each floor with clear views of L.A. Efron added a waterfall to the pool and spa in the backyard.

Efron appears to be leaving L.A. altogether, according to reports. He rented a home in southeast Australia last year, and hunkered down there throughout the pandemic. In the fall, he paid $2 million for 318 acres of undeveloped, mostly forested property in New South Wales. Efron reportedly plans to build a house there.