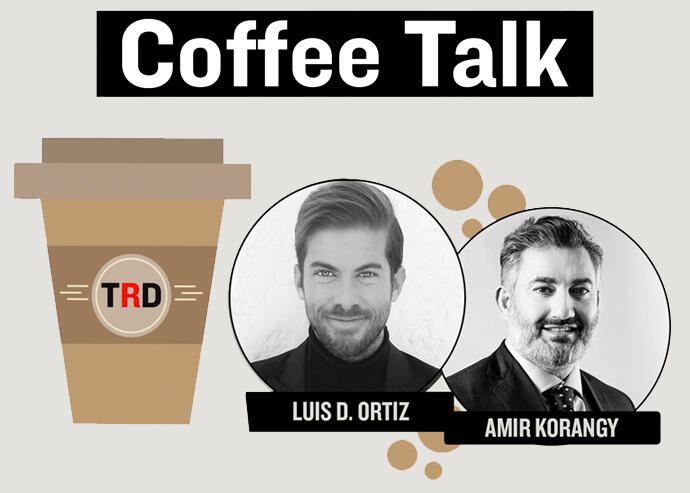 Some people spend millions of dollars on real estate in New York. But others might be inspired to spend that money on, say, a cave in Arkansas, or a winery or a hidden treehouse. A new series starring celebrity broker Luis Ortiz aims to showcase those unique properties and maybe inspire a bit of wanderlust in the process.

In an interview with The Real Deal founder and publisher Amir Korangy, Ortiz — who formerly worked as an agent at Douglas Elliman, and was one of the original cast members of “Million Dollar Listing New York” — discussed the Netflix series, “The World’s Most Amazing Vacation Rentals.”

The premise is simple: There are 3 million vacation rentals available across the globe, and Ortiz and his two co-hosts visit some of the most luxurious — his specialty — as well as ones that are more budget-oriented, and just plain weird. The hosts “test-drive” the properties, which are for sale, not only as an asset but as an experience.

Ortiz’s path from real estate to Netflix co-host was not totally linear. “My dream was not to be a real estate agent,” he said. After shooting his shot in the film industry at 19, he decided it was time to explore something else. Incidentally, he “had a friend who had a little brokerage” who brought Ortiz into real estate.

He spent time at Douglas Elliman and joined Fredrik Eklund and Ryan Serhant on “Million Dollar Listing New York” for several seasons, before striking out on his own. The move pulled him away from the sharp suits and cutthroat deals, and toward the new series.

But curiosity drives the new show, not closing deals. Ortiz noted that in one episode no properties were actually sold at all –– but the point is to think of real estate and travel differently. “I don’t have to sell,” he says. “I just have to understand.”

“‘Million Dollar Listing’ was never about me showing that I am a good or not-good businessman,” he said. “I was just there as a curious person.”