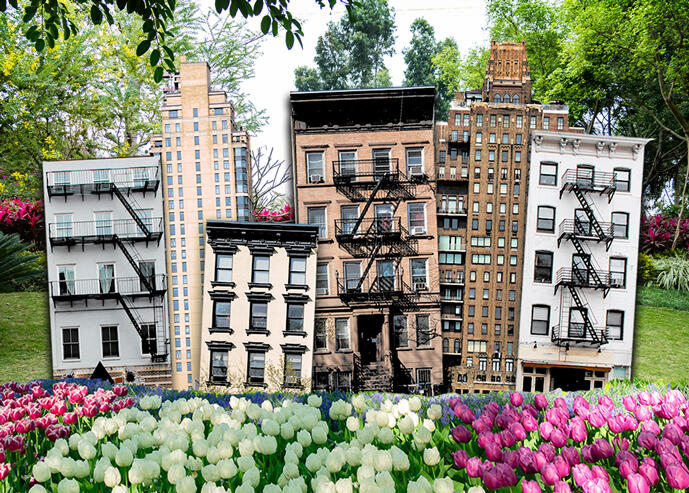 Manhattan contracts bloomed to all-time highs in the spring Everything’s coming up roses in the Manhattan residential market.

The borough saw a record-breaking $3.5 billion worth of contracts signed in April across 1,616 transactions — momentum that continued into May — according to a report from UrbanDigs.

April’s numbers eclipsed the previous record, set in July 2014, of $3.36 billion worth of contracts. May also broke that record, with $3.37 billion worth of deals inked across 1,596 transactions, according to the report.

The report examines last-ask prices of homes that went under contract in Manhattan from 2004 to 2021. Though there is always a chance some of those deals could fall through, author John Walkup said he thinks the actual value could be even higher.

“You also have a whole number of deals that are happening that are just not reported,” he said. “Especially with new developments, they have a lot of contracts that are signed but they aren’t disclosed. There could be a significant amount behind the scenes here.”

Most of the contract volume was driven by an increase in transactions priced at $2 million or more. For homes worth more than $4 million, for example, the number of deals jumped 100 percent in April 2021 compared to April 2019.

Some factors at play include record low interest rates and a greater desire for more space, Walkup said. A shortage of quality turnkey homes with amenities may have led those who could afford them to snatch those properties up like hotcakes, he added. It also helps that many buyers in higher price ranges likely weren’t hit too hard financially during the pandemic.

“There was a lot of financial market volatility, which if you’re in trading or if you’re in finance can translate to a good year,” Walkup said. “Anytime you have that much price movement, it’s really great, especially for the trader class.”

With vaccinations underway and families gearing up for travel, factors that traditionally slow down New York City real estate in the summer will come back into play, Walkup said. While he expects contract volume to decline, he anticipates that it will land around above-average levels.