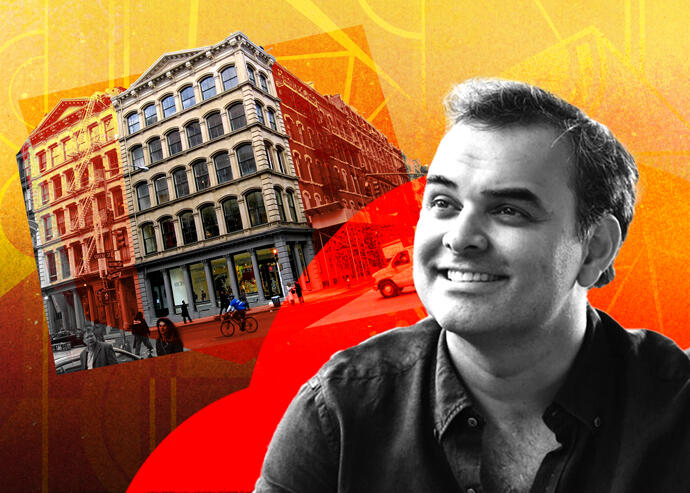 From Picasso’s estate to squatting in Soho: The 470 Broome Street affair Early in his career, an indigent and isolated Pablo Picasso channeled his pain into a series of moody paintings that categorize his Blue Period. Today, Rayo Withanage, sitting in the artist’s former estate in the South of France, faces a blue period of his own.

According to a bankruptcy petition filed June 7 in Manhattan, the financier from New Zealand defaulted on the loan he used to buy Picasso’s estate and owes more than $50 million. And now he has problems in Soho, too.

In 2009 and 2010, a trust set up by Withanage’s father purchased two penthouses in the pricey Manhattan neighborhood for $8.1 million through Zuca Properties, an LLC. The trust now hopes to sell the units as part of its Chapter 11 bankruptcy plan, but according to the petition, Withanage refuses to play ball. Julie Zingiloglu, the trustee of Withanage’s trust, says she has tried repeatedly to rent or sell the two condos. In early 2019, she tapped Brown Harris Stevens to lease and Compass to sell them. But she has failed, she asserts, because Withanage insists that the condos are his, and even changed the locks to prevent showings.

The trust is now seeking to boot its own beneficiary. Its plan: Retake the two condos, at 470 Broome Street, while Withanage is at his French chateau, lounging amid olive trees and bucolic vistas.

Withanage was described in a 2017 press release as a resident of Bermuda and London and the founder of Scepter Partners, an investment and merchant bank for sovereign investors, and as a founder of the BMB Group alongside Prince Abdul Ali Yil Kabier of Brunei’s royal family. His website lists fancy degrees, impressive business achievements and residences around the world. But such portrayals have drawn skepticism.

Withanage’s trust, which is overseen by the Swiss wealth management firm JTC, leased him and his family one of the condos, Penthouse South, in 2009, and sought to rent out the other. However, when Withanage and his wife, Mayra Gottsfritz, separated in 2018, he moved into the other unit without notifying the trust — or paying rent, according to Zingiloglu.

Zingiloglu says that in early 2019, Withanage’s father directed her to sell or rent the condos. The trust put Penthouse North on the market for $6.3 million but removed the listing within a month, as Withanage allegedly stayed in the unit and scuttled attempts to unload it.

Penthouse North went up for sale again in January 2020, asking just shy of $6 million. But Withanage told the trust that he had rented the unit to his friend Elia Zois, who has since been charged with falsifying information on his own bankruptcy documents. At the time, Withanage neither owned the condos nor had property management responsibilities.

Zois’s rent was half the market rate, according to Zingiloglu’s statement to the court. Still, he left in June 2020 owing $40,000 in rent, and Withanage took his place — and changed the locks — in December 2020, according to the bankruptcy filing. When Gottsfritz, his estranged wife, left the other penthouse in early 2021, Withanage moved in and changed its locks, too, the filing claims.

Withanage still maintains that he can live in the penthouses, and with the trust literally locked out, it cannot show the space, even as it claims to have two interested buyers whose offers hinge on physical tours.

As a result, the trust cannot pay the Picasso estate’s creditors, who have come calling.

According to the filings, TECREF S.à r.l., which lent Withanage 25 million euros to purchase the 13,000-square-foot manor, claims a right to the Soho condos, as Withanage has defaulted on the loan, which lists the LLC that owns the penthouses as his guarantor.