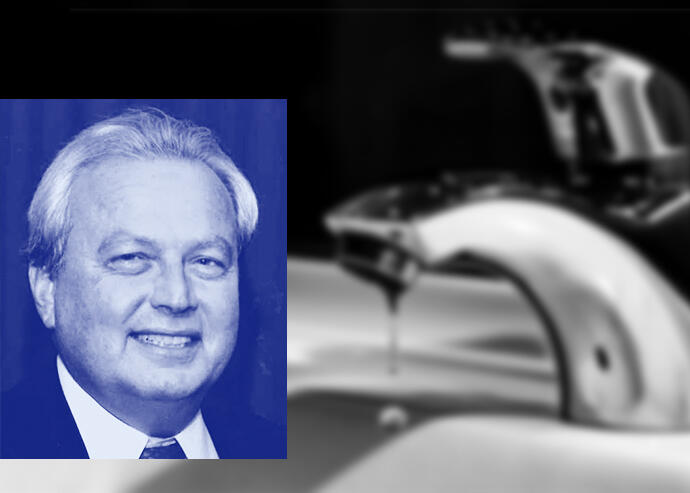 Landlords plea for water rate freeze ahead of vote New York City landlords are hoping to avoid taking a bath on their water bills.

As the city’s Water Board moves Monday to vote on a proposed 2.76 percent water-rate hike, landlords are calling on board members to consider the financial straits of property owners and instead freeze rates for a second straight year.

The Rent Stabilization Association said that after 15 months of unpaid rent, the owners it represents are struggling to pay their bills. Small landlords echoed that lament at a press conference Tuesday calling for a rent hike on rent-stabilized apartments.

“I’m basically circling the drain,” said Brooklyn landlord Lincoln Eccles. “I’m about to get hit with a water bill and I have nothing in the tank.”

Owners said the utility bills they foot, water and sewer among them, soared this past year as tenants spent more time in their homes.

Another Kings County landlord, Christopher Athineos, said he has an app on his phone that sends an alert if water usage passes a threshold that could signify a leak.

“I’m getting these alerts all through last year since Covid started and there was no leak,” said Athineos. “It’s just people are using a lot more water.”

But the Water Board says it’s grappling with its own shortfalls. Board members made the decision to freeze rates last year to cut property owners a break during the pandemic.

In a presentation this month, the board’s treasurer, Omar Nazem, said revenues have declined 5.5 percent year over year, a loss of $194 million. The board uses revenue to fund service, salaries and special projects such as insulating the Delaware Aqueduct Bypass Tunnel for $1 billion.

One source of the deficit is property owners who can’t pay their bills. Another is a drop in usage. While tenants and homeowners used more water throughout the pandemic, usage in commercial buildings plummeted.

“Overall we’re down 5 percent in terms of water use year-over-year, and that is a revenue headwind,” said Nazem.

The proposed increase would set the rate for fiscal year 2022, which begins July 1.

Based on an average annual water consumption of 52,000 gallons per unit, AMNY calculated that the increase would cost owners about $20 more per unit per year.

For the city’s larger landlords, who own thousands of units, that can add up.

The RSA said that the onus should not fall on landlords to foot the Water Board’s budgetary issues, arguing that the Department of Environmental Protection, which houses the board, should ask the city for a bailout.

The landlord group said the money is there, citing an Independent Budget Office report that found federal stimulus funds had allowed the city to reverse some of the cuts baked into the budget for fiscal year 2022 and replenish reserve funds.

But the Water Board isn’t subsidized by the city; it raises revenue solely through water and sewer charges, meaning its only means of boosting revenue is a rate hike.