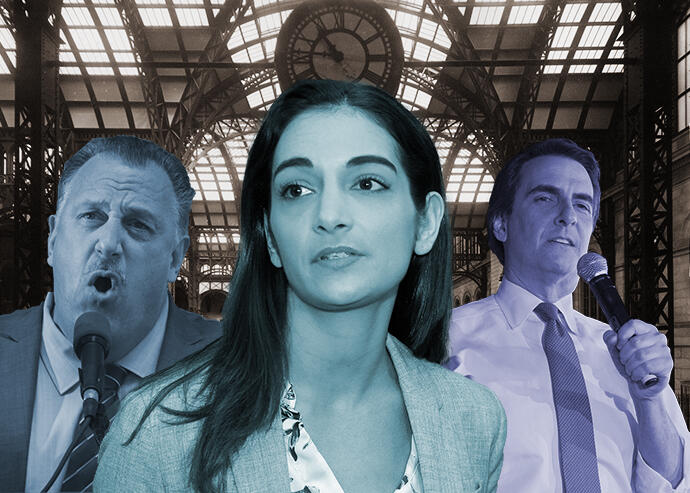 Real estate winners and losers of the legislative session The legislative session is over — for now.

Several real estate–related measures passed, including a bill encouraging the conversion of hotels and office buildings into affordable housing, while others, such as the repeal of 421a, never got off the ground.

Lawmakers could always opt to return, as they did for a July session last year. The Senate and Assembly left unresolved a few issues that seemed primed for passage, including a measure to reorganize the Metropolitan Transportation Authority.

But otherwise they won’t convene until January. The five-plus months of legislating that just concluded left victors and victims in the world of property interests.

The real estate industry avoided something it has been fighting since 2019: good cause eviction. Under a bill that was reintroduced this session, tenants would be shielded from eviction for nonpayment resulting from an “unreasonable” increase in rent — meaning exceeding 3 percent or 1.5 times the region’s Consumer Price Index, whichever is higher. Landlords deem the measure statewide rent control, and its supporters don’t disagree. But pandemic response and other issues rendered it an afterthought.

In March, Brooklyn Sen. Julia Salazar introduced a bill to punish “aggressive speculative investment” with a confiscatory tax — 50 to 65 percent — when a one- to three-unit residential property is bought and then sold within two years. The levy would apply to the entire price difference, with no deduction for repairs and improvements. Queens Assembly member Zohran Kwame Mamdani, who wants to decommodify housing, sponsored a version of the bill in his chamber. But it generated more action on Twitter than in Albany.

Families experiencing or at risk of homelessness

New York City’s shelter population is down 20 percent from its peak, but a perception that homelessness is getting worse has pushed lawmakers to act. The state legislature approved an increase in the value of rental vouchers for homeless New Yorkers. The bill would raise the maximum rent paid by the state Family Homelesness and Eviction Prevention Supplement, or FHEPS, from 85 percent to 100 percent of the federal fair market rent.

Previously, the City Council increased the value of its own vouchers, despite arguments from Mayor Bill de Blasio that landlords would favor city voucher holders if the state did not follow suit.

Affordable New York, the tax break formerly known as 421a, expires in 2022. But Manhattan Assembly member Linda Rosenthal sought to wipe it out before negotiations to renew it even start. She might as well have proposed taking away developers’ children.

The abatement, which is provided to developers who set aside a certain percentage of apartments as affordable, was last renewed in 2017, at which point new construction wage requirements were added for certain projects and the tax break was extended to as long as 35 years.

Since late last year, there has been talk about converting the city’s distressed commercial buildings into housing. The Real Estate Board of New York first floated the idea and Gov. Andrew Cuomo followed suit. But left-leaning lawmakers feared for-profit firms would benefit from those plans.

Instead, the legislature on Wednesday passed the Housing Our Neighbors with Dignity Act, or HONDA. It empowers the state to finance the purchase and conversion of hotels and offices into permanently affordable housing — but only if controlled by nonprofits. It isn’t clear if the governor will sign the bill or whether the conversions would be economically viable.

Under the measure, at least 50 percent of converted units must be set aside for residents who experienced homelessness immediately before moving in. The properties would be dedicated to residents making an average of 50 percent and no more than 80 percent of the area median income.

Tenants in the city are typically on hook for broker fees of about 15 percent of annual rent. In April, an Albany judge ruled that state regulators were wrong to conclude that the Housing Stability and Tenant Protection Act banned broker fees forced upon tenants. Salazar introduced a bill to overturn that decision, and the Assembly printed a version of the bill last week, but it never made it out of committee.

Cuomo is pursuing an expansion of Penn Station through a general project plan, to avoid the city’s rezoning process. It includes eight new tracks just south of Penn, which would require the demolition of 50-plus properties. Funding would be contributed by the development of 10 new commercial towers.

Manhattan Sen. Brad Hoylman proposed a bill that would force the plan to go through the city’s seven-month process, but it ran out of steam.

Last year, the governor vetoed a measure that would have required certain co-op and condo boards to pay their building service workers prevailing wages. This year, a revised version of this bill passed both chambers once again, and union officials are confident that this time Cuomo will sign.