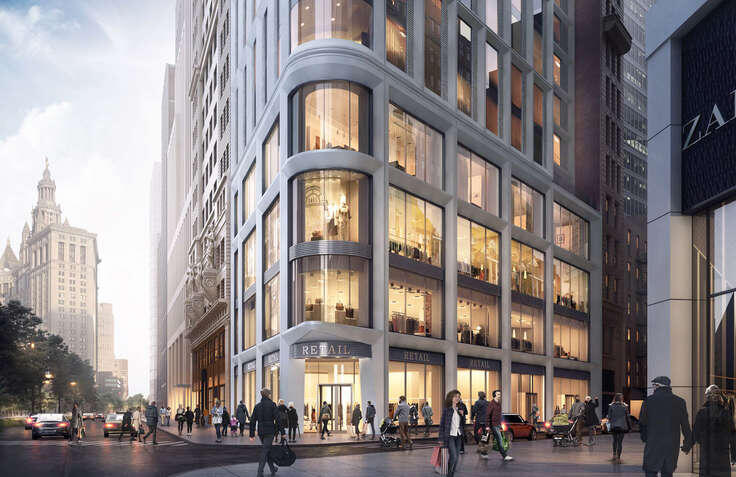 A rendering of the project at 1 Park Row in the Financial District. (Winick)

The 23,250-square-foot project at 1 Park Row will rise at least nine stories, with the bottom three floors carved out for retail space, according to New York YIMBY. Renderings released in 2017 by Fogarty Finger Architects suggest the building’s floor-to-ceiling window panes will wrap around the corner of Park Row and Anne Street. Winick has already begun selling 13,500 square feet of available retail space, according to a sales deck.

The loan gives Guardian the capital to forge ahead with construction, which has been underway since at least 2017. The company continued work on the project throughout the pandemic, earning “essential” status for containing restaurant space.

Guardian and Parkview Financial did not immediately respond to requests for comment.

Parkview CEO Paul Rahimian told The Real Deal in November that his firm was experiencing a “flurry of activity” possibly because other lenders weren’t handing out construction loans like they did prior to the pandemic, adding that developers with new projects are less concerned about the economic effects of the virus because their products won’t come to market for another two years or so.

Correction: This story has been updated to reflect that Los Angeles-based Parkview Financial provided the loan to Guardian Realty. A prior version incorrectly stated that Hudson Pacific Properties was the lender.