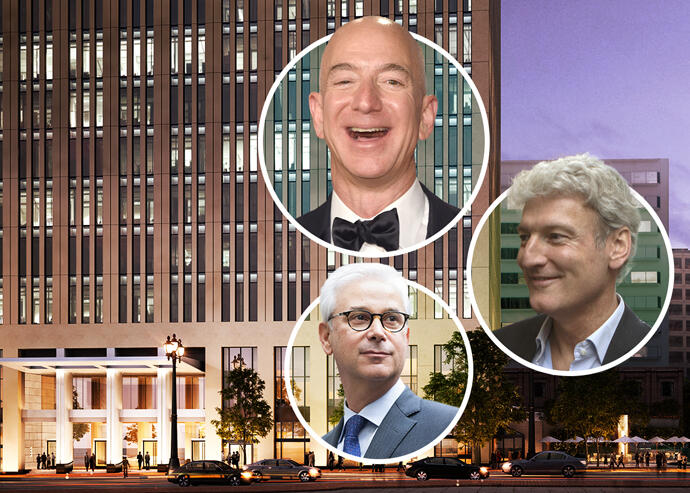 The following is a preview of one of the hundreds of data sets that will be available on TRD Pro, the one-stop real estate terminal that provides all the data and market information you need.

The 1 million-square-foot office tower at 525 Market Street in San Francisco’s Financial District is the city’s third-largest building by square footage and is also anchored by Amazon.

Early last year, the New York State Teachers’ Retirement System sold a 49 percent stake in the building to RREEF Property Trust in a deal that valued it at $1.2 billion. The recapitalization was financed with a $682 million CMBS loan from Barclays, Goldman Sachs and Wells Fargo.

A month later, everything changed.

The pandemic raised questions about the future of office space — for tech tenants in particular — and the San Francisco office market was one of the hardest hit in the country. But 525 Market Street — where Amazon has over 400,000 square feet — and with a rent roll full of investment-grade tenants, appears unbothered by the turmoil.

The CMBS financing was securitized across a number of transactions in 2020, and rating documents associated with those deals provide an inside look at the 38-story building’s finances.

As of December 2019, the property was 97.3% leased to a variety of tenants in industries including technology, finance, law, and personal care. Since 2012, occupancy at the building has averaged about 92 percent, according to DBRS Morningstar.

Amazon, the largest tenant with about 40 percent of the total rentable area, first became a tenant at the building in 2018 and has since expanded several times. The 48-year-old building, where the tech giant houses its Amazon Web Services and Amazon Music divisions, also represents Amazon’s largest space in San Francisco.

Two other anchor tenants have been at the property much longer. The second-largest tenant, French multinational beauty retailer Sephora, uses the building as its North American headquarters and has been a tenant since 2004.

The third-largest tenant is Wells Fargo, which has been at the building since 1997. The investment bank recently saw a 197 percent rent hike on a lease renewal for part of its space, with annual rent per square foot jumping from $32 to $95.

The property also has about 15,000 square feet in retail space on the ground floor with food and beverage tenants like Chipotle and Joe & The Juice.

With $120.5 billion in assets under management as of last summer, the New York State Teachers’ Retirement System is one of the largest public retirement funds in the U.S. It acquired 525 Market Street in 1998 and owns it through an affiliate, Knickerbocker Properties. RREEF America REIT II, the entity which acquired a minority stake in 2020, is a subsidiary of Deutsche Bank.

Since 2015, NYSTRS has invested $102 million on renovations for the property, upgrading the ground floor retail, lobby and plaza, as well as tenant amenities and office interiors.