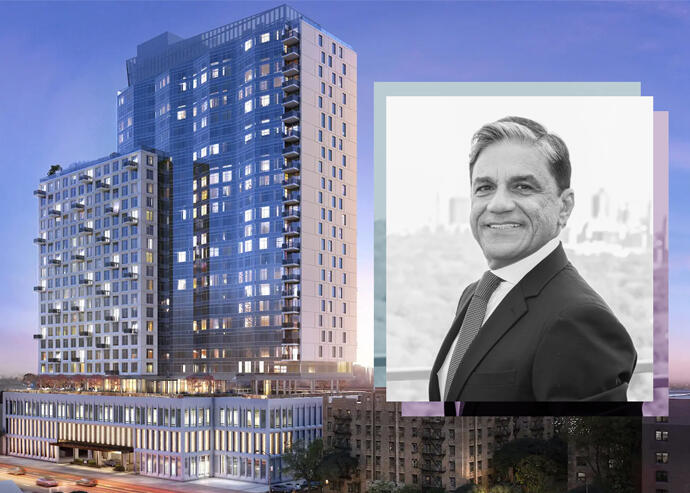 The deal comes less than a year after the developer secured a $170 million refinancing package for the complex, located in Prospect Lefferts Gardens, from an AIG subsidiary last July.

The Bank of China provided the new loan, which leaves the developer with $53 million in cash after paying down the AIG loan.

The developer receives substantial tax breaks for the project through the 421-a tax incentive program benefiting affordable multifamily developments in the city. In exchange, the building offers 141 middle-income apartments, ranging from $2,156-a-month studios to $3,122-a-month three-bedrooms, according to the city’s affordable housing website. The Moinian Group did not immediately return requests for comment.

Another Moinian development was sued last year by residents who alleged that the landlord was improperly charging market-rate rents despite receiving a tax abatement. That building, 90 Washington Street in the Financial District, had received a 421-g exemption, intended to incentivize the conversion of unused commercial space in Lower Manhattan into apartments. The case is pending before the state Supreme Court in Manhattan.