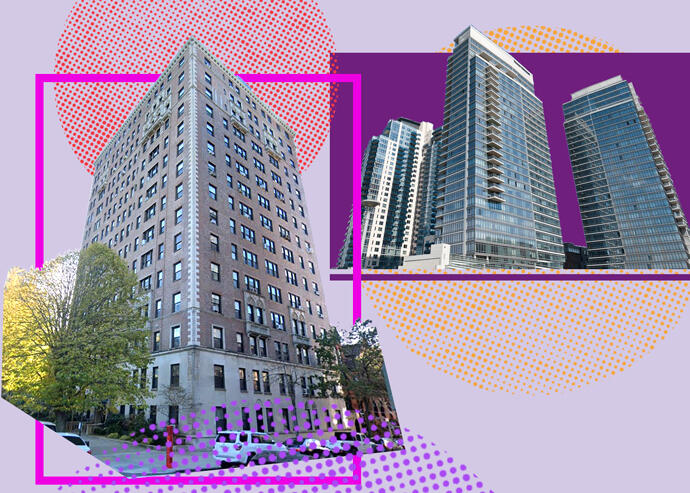 When it comes to co-ops, it’s not about the number of deals, it’s about the value of them.

A $3.8 million Park Slope co-op was one of the most expensive homes that went into contract in Brooklyn last week, according to Compass’ weekly report.

A total of 33 contracts worth $2 million or more were signed in Brooklyn from June 14-20. Nineteen of those were townhouses, 11 were condominiums and three were co-ops.

Though there were few co-op deals, its median asking price was the highest of the three groups.

There’s a reason why so few co-ops are sold: Buyers must be approved by a board to purchase a share of the building and may face restrictions on things such as subletting.

Condos, on the other hand, typically outsell co-ops thanks to the flexibility they give buyers.

Its price was second only to a condo in Williamsburg at 2 Northside Piers that cost $8.3 million, or $1,825 per square foot. At 4,522 square feet, it has five bedrooms, five bathrooms, two half bathrooms and 1,104 square feet of private outdoor space across three balconies.

The total value of luxury contracts signed in Brooklyn last week was about $95 million, down from the previous week’s $115 million. The median asking price of properties signed also fell to $2.7 million from $2.8 million the week before.

Homes spent an average of 153 days on the market and received an average discount of 1 percent. The average price per square foot was $1,211.