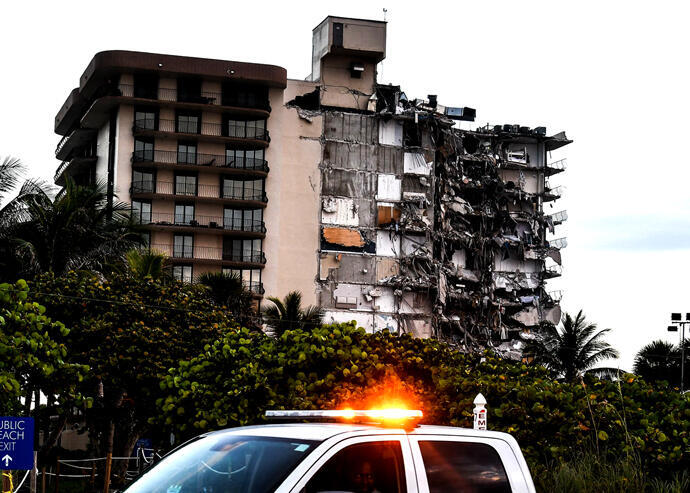 The northeast portion of the Champlain Towers South Condo at 8777 Collins Avenue in Surfside collapsed at around 2 a.m. Thursday. The 12-story tower was built in 1981 with 135 units, property records show. “There is just feet in between stories where there were 10 feet,” he told Channel 4. “That is heartbreaking because it doesn’t mean to me that we are going to be as successful as we want to be to find people alive.”

The cause of the building collapse is unknown. The building was coming up on its 40-year recertification and construction work had been ongoing on the roof, the Miami Herald reported.

The portion of the Surfside building that collapsed faces the beach. The area around 88th Street, and Collins and Harding avenues have been shut down to traffic.

More than 80 Miami-Dade Fire Rescue units as well as Broward County and Miami Beach rescue crews have been on the scene. Fire rescue set up a family reunification center at 9301 Collins Avenue. Anyone looking for unaccounted residents can call 305-614-1819.

This story will be updated as more information becomes available.