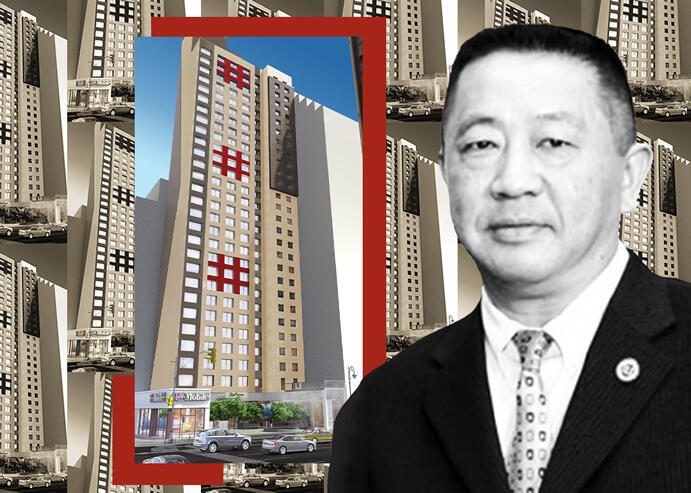 Radisson opened the hotel at 525 Eighth Avenue in early 2020, but exited the location a short time later, following the city’s coronavirus lockdowns.

And in December, McSam Hotel Group sold off a Garment District site at 338 West 39th Street, two blocks from the Chang’s Radisson development. Chang had been planning to open a 25-story, 175-key hotel at that location.

For the 525 Eighth Avenue property, Chang used a $38 million loan from Madison Realty Capital to complete construction on the hotel in 2018. He had purchased the ground lease two years earlier for $27.1 million.

The hotel opened in January 2020 as a Radisson, and Chang consolidated his debt on the property with a $63.5 million loan from Deutsche Bank one month later. But when Covid took hold, the hotel shuttered; future plans for the building remain unclear.

When reached for comment, Chang said he was not authorized to discuss the transaction. Weingart declined to comment.

The owner of the property’s fee interest is Joseph P. Day Realty.