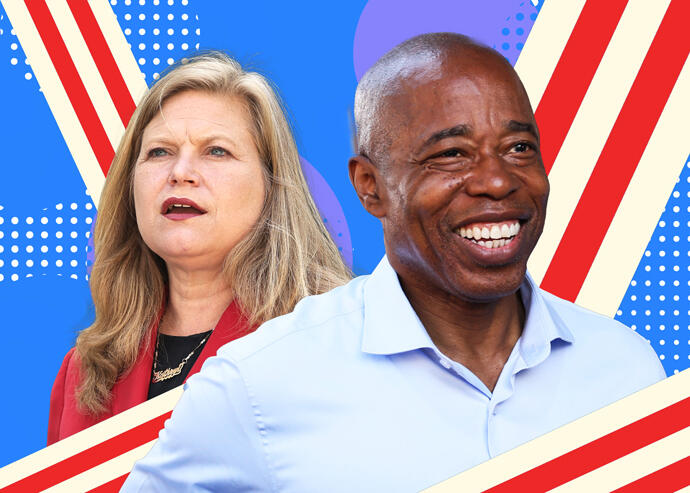 UPDATED June 29, 2021, 11:55 p.m.: Kathryn Garcia is gaining on Eric Adams, and Maya Wiley is out — at least, that was what a count of Democratic mayoral primary ballots showed Tuesday before the city’s Board of Elections withdrew it, saying it had inadvertently counted 135,000 sample ballots used earlier to test the system.

The corrupted count had shown Adams still in the lead, but by just 2 percentage points over Garcia with absentee ballots still pending. Wiley, who was in second place after the initial tally, was eliminated in the 11th round of counting in a tally that did not include 124,000 absentee ballots, which could yet change the order of finish.

This is the first year of ranked-choice voting in the city, but incompetence at the Board of Elections goes back decades. Its history of screwups includes purging 200,000 registered voters from its rolls and failing to deliver voting machines to poll sites in time for elections. Observers blame the shared control of the agency by Democratic and Republican parties, who use it as a patronage mill rather than hire nonpartisan professionals.

The botched count was of ranked-choice voting results from ballot cast at polling sites. On the night of the primary, June 22, the board had provided unofficial totals for voters’ No. 1 choices. The new results, which were likewise uncertified, show Adams at 51.1 percent and Garcia at 48.9 percent, but it is not clear how much the test ballots skewed those numbers. A revised count could be released Wednesday, but again without absentee ballots. A count including those ballots will be released no sooner than July 6.

With the Democratic nominee virtually assured of victory in November over Republican candidate Curtis Sliwa, the real estate industry is optimistic about getting a pro-growth candidate such as Adams or Garcia in City Hall — and about the prospect of Wiley’s defeat.

Wiley, a former de Blasio administration counsel, was the most left-leaning of the three top candidates and had earned endorsements from progressive stars Rep. Alexandria Ocasio-Cortez and Sen. Elizabeth Warren. She had voiced support for eliminating one of the real estate industry’s favorite tax breaks, Affordable New York, and had called for $1 billion to be cut from the Police Department’s $6 billion budget.

Adams was the industry’s favorite candidate from the outset, but Garcia gained support from real estate as she moved up in the polls. She drew late financial backing from real estate donors including Extell Development’s Gary Barnett and Vornado Realty Trust’s Steve Roth. Both Adams and Garcia have called for robust housing construction, while Wiley has emphasized reducing developers’ profits as a way to improve affordability.