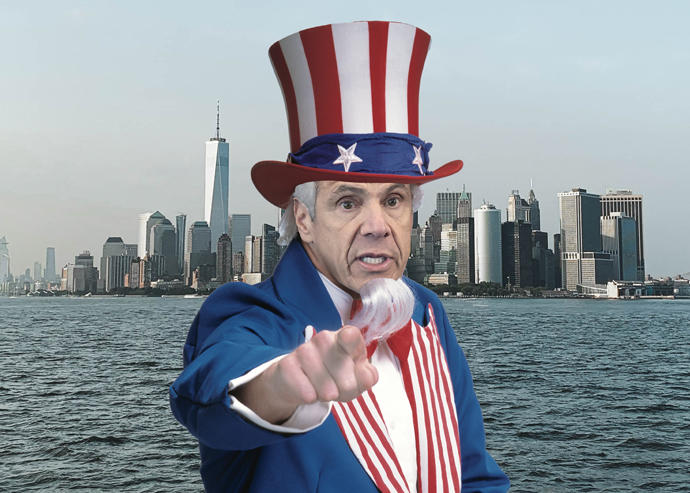 Escaping New York? Tax man is right behind you Many New Yorkers have fled the city for upstate, Long Island or Florida to reduce their coronavirus risk and their stress. But their tax rates? Not gonna change.

Tempting as it might be to pay the lower income taxes of their pandemic refuges, relocated residents should resist — especially if they earn a lot of money, experts say.

“If you’re making $1 million or more and change your tax residence, chances are you are going to be audited,” said Wayne Berkowitz, a partner at Berdon LLP and co-leader of its state and local tax group. “New York is absolutely the most aggressive state.”

The state income tax rate peaks at 8.82 percent, while in Florida and six other states, it’s zero. Two other states don’t tax wages. With Gov. Andrew Cuomo and Mayor Bill de Blasio coping with budget deficits of billions of dollars, their pit-bull tax collectors are likely to be even less forgiving than usual, if that is possible.

The toughest of the toughest, Berkowitz said, are the auditors of New York City, where a personal income tax rate of nearly 4 percent tempts many high earners to file from their suburban or weekend abodes. For those with a home in the five boroughs, it’s a mistake.

Berkowitz has been busy fielding calls from fellow finance professionals asking if they should pitch a residency change to clients who decamped. It reminds him of when Congress capped deductions of state and local taxes two years ago, prompting high-income New Yorkers to ponder a new tax-filing address.

If Berkowitz had a nickel for every New Yorker who assumes spending most of the year — 183 days — somewhere else is sufficient, he could have retired long ago. Auditors want proof that tax filers have entrenched themselves in their new communities and severed ties to their old ones. Common blunders include leaving an art collection behind or routinely spending holidays in New York.

If auditors believe a taxpayer plans to return, they take the position that he has not actually left. “You have a burial plot in New York?” some have even asked. “See, you intended to come back here.”

Berkowitz noted that he has not heard that in a long time. But he has heard it.

Asked to comment for this article, a spokesperson for the state Department of Taxation and Finance pointed to residency definitions on the agency’s website.

Tax professionals say it is best to call them before daring the tax regime of the city or state. But for departees to inoculate themselves against a residency audit, they should also call a real estate broker.