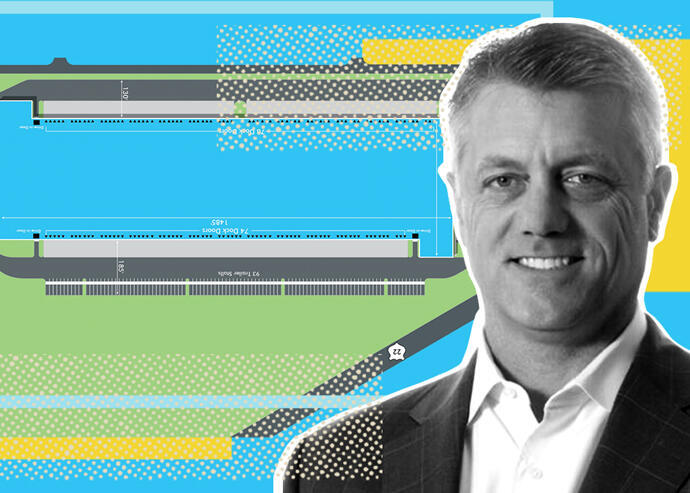 New Jersey’s industrial market keeps getting hotter, and developers are rushing to build more warehouses to catch up with the demand.

The availability rate in the second quarter sank by nearly a quarter from a year ago to a record low 3.4 percent, according to a Colliers International report.

Amazon also inked five new leases totaling 1.2 million square feet in the second quarter, including one for a 400,000-square-foot distribution center under construction at 65 Baekeland Avenue in Middlesex Borough. The property is part of the Rockefeller Group Logistics Center.

Strong demand drove up the average asking rent to a record high of $10.36 per square foot, up 14.2 percent from a year ago.

Net absorption was positive for the 34th consecutive quarter, reaching its highest total in five years at 5.8 million square feet.

Developers are rushing to build more warehouses to meet the need. Some 57 properties totaling 15.4 million square feet are under construction, according to Colliers. The risk of overbuilding is still low because tenants are leasing properties before they are even built, the report said.

The pandemic accelerated the growth of e-commerce, and online retailers have been scrambling to secure warehouses and distribution centers to deliver goods faster to customers.