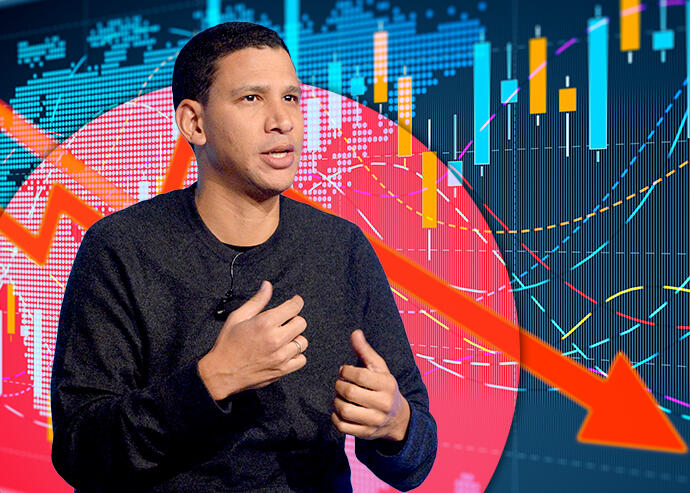 UPDATED Oct. 11, 2021, 5:30 p.m.: Shares of Compass, the second-biggest U.S. residential brokerage by sales volume, fell to an all-time low, six and a half months after going public, amid uncertainty about the housing market and investors’ concerns that someone was looking to unload shares.

The stock fell as low as $10.72 during Monday trading before closing at $10.74, down 5.37 percent from the open and 47 percent from April 1, its first day of trading, according to Yahoo Finance.

The company, which has now lost $3.6 billion in market value since its first day of trading, has been on an expansion binge across the country, acquiring title and escrow companies, launching in 15 new markets and starting a mortgage business as home prices have soared during the pandemic. Despite Compass’ growth, its market cap Monday of $4.2 billion means it’s worth less today than in 2018 when investors valued the brokerage at $4.4 billion in a $400 million fundraising round.

Now the threat of inflation, the Federal Reserve’s withdrawal from the mortgage market and the likelihood of rising interest rates raise the chances of a slowdown or decline in home prices.

Two weeks ago, restrictions from Compass’ public offering in April expired for about 200 million shares. At the time, analyst Jason Helfstein at Oppenheimer predicted the brokerage’s share price would plunge before rallying. Initially the end of the lock-up period appeared to have little effect on the company. Last week, the share price fell below $12, falling to $10.75 during trading on Friday.

Helfstein noted that last Monday the average trading volume shot up to 5 million shares compared to its typical 1 million to 2 million. He said that volume signals to investors that someone is looking to sell a lot of shares and likely spooked them.

“Somebody who has a lot of stock is kind of testing the market,” he said. “People aren’t stupid, they see that and it would suggest that investors don’t want to get in front of this until they see whoever this 5-million seller is stops.”

Last week, as the share price began to slip, real estate technology analyst Mike Del Prete wrote a note comparing Compass’ decline to date to Realogy shares’ year-to-date increase. He said Compass’ performance either indicates investors have “significantly overvalued the company,” are “pessimistic about its growth prospects,” or a mix of both.

Helfstein, who has given the brokerage an “outperform” rating with a target price for Compass shares of $25, said Monday’s performance doesn’t change his outlook on the business.

“I still think this is more technical than fundamental,” he said. “As more stock trades, the stock will start to stabilize.”