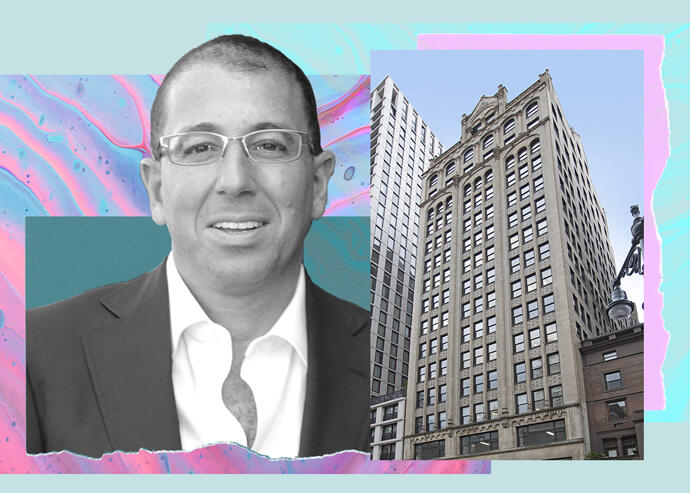 Joe Sitt’s Thor Equities has sold two floors of office space overlooking Bryant Park in a deal that indicates the city’s office condo market could be improving from its pandemic lows.

The New York-based developer sold 11,158-square-foot of space at 24 West 40th Street to the Chinese textile company Loftex for $10.75 million, according to broker Rudder Property Group, which represented both parties in the deal.

The purchase price fell well short of Thor’s asking price of $14.5 million. But at $963 per rentable square foot, it far outpaced the average $608 per square foot commanded by Manhattan’s office condos during the first six months of 2021, according to a report by RPG.

New York’s office market is in a rut. Employees are working from home, vacancies are at record highs and overall activity has been slow as companies reevaluate their physical footprints.

But RPG’s Justin Harris said many firms are choosing to buy as a means of reducing their exposure to the city’s leasing market.

Loftex acquired the space in order to lock in occupancy costs, Harris said, adding that as a foreign company, the firm is more comfortable being an owner-occupier than a renter.

“They can now control their own destiny in their space,” said Harris.

Loftex, which manufactures towels, rugs and blankets for companies such as Walmart, Ikea, and Kohl’s, plans to build out one floor as a showroom and use the other floor as an office.

Harbor Group bought the 17-story 24 West 40th Street in 2015 in partnership with Thor Equities. The building was constructed in 1925 and offers views of Bryant Park and the New York Public Library.

In 2019, Thor Equities sold the sixth floor to Sonic Union, an audio post production company, for $6.5 million. With the sale to Loftex, Thor no longer owns any floors in the building, according to Harris.

Activity is picking up for office space near Bryant Park. The New York Public Library recently sold six commercial condo units at 445 Fifth Avenue for $34 million, according to city records.

Thor Equities has traditionally focused on brick and mortar retail with a heavy presence in Soho’s retail corridor. Since 2019, Thor has attempted to pivot to industrial real estate with the launch of ThorLogis. Its retail holdings took a hit during the pandemic and saw valuations decline as it struggled to collect rent from tenants.