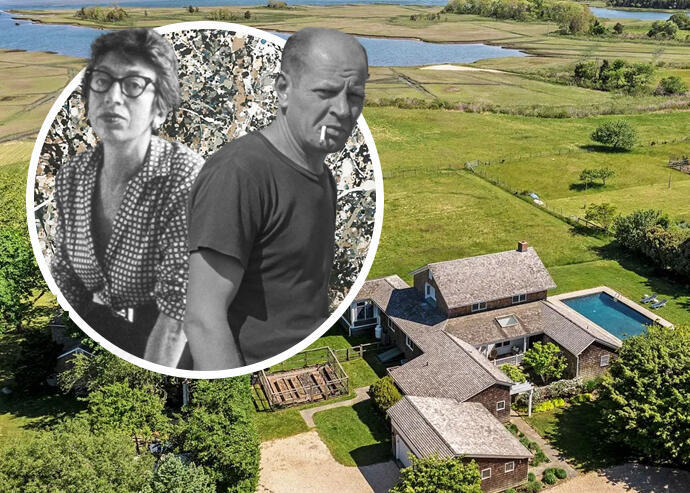 A home once owned by famed painters Jackson Pollock and Lee Kranser is in contract just days after hitting the market at $6.5 million.

The East Hampton home in the Springs neighborhood was purchased by Pollock and Krasner in 1945 for $5,000 — about $76,000 in today’s dollars. The property has been renovated in the decades since, according to American Luxury, which reported the contract.

Dirt reports that the Springs Fireplace Road home features views of Accabonac Harbor and sits on 2.4 acres. The property includes a pool, a pool house and an outdoor shower. Porches and screened rooms to add to the rustic feel.

The home has four bedrooms and four bathrooms. The floors are made of plank hardwood, which is also featured in the walls and ceiling. There is also a sunroom and a classically designed staircase.

Pollock met a tragic demise on Springs Fireplace Road in 1956 after driving drunk following a party. Krasner lived and worked in the area until her death in 1984.

Pollock’s connections to East Hampton real estate run deep. In 2019, the Springs General Store where Pollock once used art to settle a tab was listed for $2.9 million. Years earlier, a go-to dive of Pollock’s, Wolfie’s Tavern, was forced to close after a rent dispute.

Kathy Konzet of Sotheby’s had the listing for the home. The buyer has not been identified.