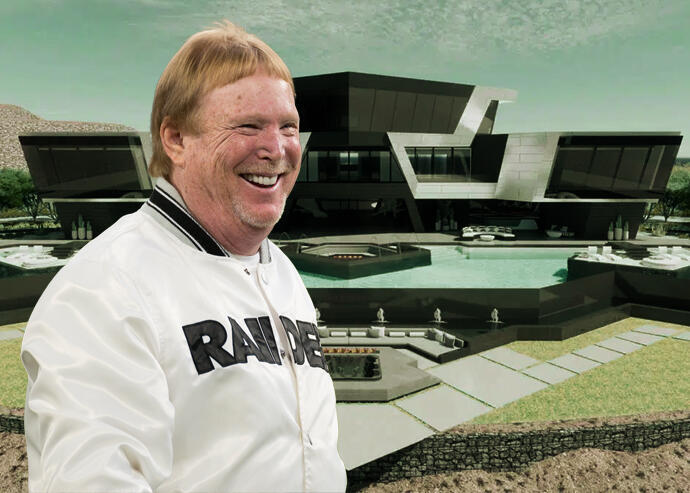 A rendering of the Henderson, Nevada, house shows a sleek, angular and almost crown-like structure spanning 15,000 square feet, according to the Las Vegas Review-Journal.

The exterior of the home is mostly black and white accents, an homage to the Raiders’ black-and-silver color scheme, which Davis’ father Al Davis created.

The Raiders moved to Las Vegas from Oakland early last year. The team’s new home, Allegiant Stadium, as well as the team’s practice facilities, are also black and white.

Architect Bob Fielden said that Davis is building the home “as a part of his brand,” and called it the “perfect trio” together with Allegiant Stadium and the team’s practice site.

The Davis residence will sit on six acres in a luxury development called Ascaya.

Plans for the home include a man cave, professional kitchen, bar, steam room and library. The pool is simply huge with two lounge islands, fountains and a fire pit.

The garage alone is to be nearly 5,500 square feet. The home has a stepped design going up to three stories at the rear. It is valued at around $14 million. Davis said he has no idea when it will be finished.