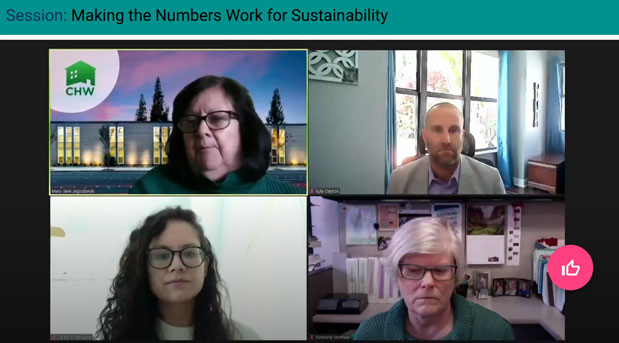 Much of the United States is walking a fine line between providing much-needed housing and also meeting federal, state, and local sustainability goals.

Panelists shared how they are approaching those goals at the 2021 ULI Housing Opportunity Conference in March during a panel titled “Making the Numbers Work for Sustainability.” Participants served a variety of markets ranging from subsidized housing to more high-end condominiums and rentals.

“I always say that sustainability is about how you design and build buildings, not about how they look,” said Kimberly Vermeer, president of Urban Habitat Initiatives, and moderator of the panel.

The developers described the varied permitting guidelines and market imperatives from state to state, and how they were able to accommodate costs while preserving the surrounding environment and advancing larger climate goals.

Jane Jagodzinski, senior vice president of Community HousingWorks, shared how her company develops subsidized housing in San Diego. California has its own energy and water codes, she said, which is not unusual, but they are aggressive enough that there is a separate kind of environmental certification in the state beyond the Leadership in Energy and Environmental Design (LEED) standards.

Community HousingWorks builds to this Greenpoint code, and Jagodzinski said that these kinds of regulations have ensured that, even as California has grown to a population of almost 40 million, per-capita energy use there has remained constant since the 1970s (the state’s population has doubled since the beginning of that decade).

But Jagodzinski acknowledged that builders in the state are facing extraordinary construction costs, around $500,000 per unit and up to $800,000 to $900,000 per unit in the San Francisco Bay area.

“Some of [the cause of the high costs] is probably the good energy stuff we built in,” she said. But environmental rules are not the only driver, Jagodzinski said. There also are the seismic code, labor costs, and the price of lumber, which has spiked everywhere but is especially high on the West Coast.

“We constantly are looking at how we can be more efficient in design,” said Jagodzinski. “For many years we’ve looked at modular. It may or may not be cheaper, but it [certainly] takes less time. That’s another area where a number of people are looking at alternative building systems.”

Kyle Clayton, vice president of ZOM Living, described an array of environmental challenges in south and central Florida, from a property where a colony of gopher tortoises had to be relocated to a “tortoise retirement home” in north central Florida, to a Tampa housing complex where they had to preserve a stand of mangroves by installing 20-foot-deep (6 m) sheet piles around the site to protect the trees from side effects of the development.

Clayton said that while coastal Florida has a stringent permitting process, there are a variety of ways for knowledgeable developers to adjust building materials, or the design of a project, to meet environmental standards.

“If it’s endangered-species protection, shoreline protection, mangrove mitigation, or other environmentally sensitive issues, those just have to be absorbed into the budget case by case,” Clayton said.

The size of glazing openings can be adjusted to mitigate temperature, for example, and everything from roofing insulation to paint to air conditioners can be used in a more aggressively environmentally friendly way to come up with a system that meets permitting standards. All the component parts can be tested through different combinations on paper before the project begins to discover the most cost-efficient way to move forward.

“You can get with your MEP [mechanical, electrical, and plumbing] engineers and rerun and rerun and rerun those different calculations and come up with a system that has very little impact on the cost,” said Clayton. “It does take a bit of human-resource capital. But in terms of getting the buildings certified, we’re able to do that for a minimal cost typically.”

In eastern Massachusetts, Lizbeth Bello, vice president of Redgate Real Estate Advisors, talked about how her company serves upper mid-market professionals, mostly with incomes of $120,000 to $150,000 per household. These white-collar workers tend to be living in areas that have recently seen a lot of development—like Revere, Somerville, or South Boston—where public transit and accessibility to jobs downtown are must-haves.

Since her company is working mostly in the Boston area, and surrounded by water, their developments are almost always in flood zones. The company has developed a variety of ways to mitigate the danger and damage, including building the ground floor and garage segments to be flow-through structures, and having residential units begin on the second floor or above.

But in terms of cost mitigation, building in such potentially risky areas can have advantages.

The panel did not play down the costs and impediments that can come with green building and with ensuring energy efficiency. But as Vermeer said toward the end of presentation, the reality is that someone always pays. And shouldering the costs upfront is far more efficacious and sustainable than pushing them off, even if government subsidies and incentives may be needed to help push developers in the right direction.

“We have to keep using that argument: there’s always a cost and there’s always someone who’s going to pay,” said Vermeer. “Just making it strictly about a housing cost equation really is missing many of the other important variables.” 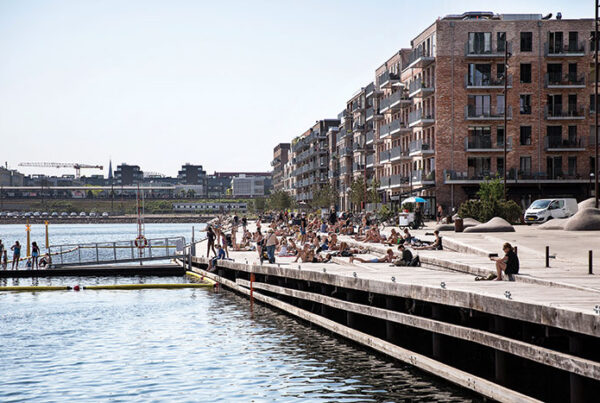 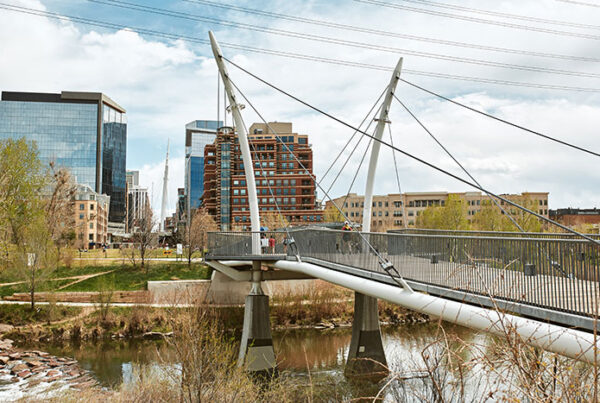 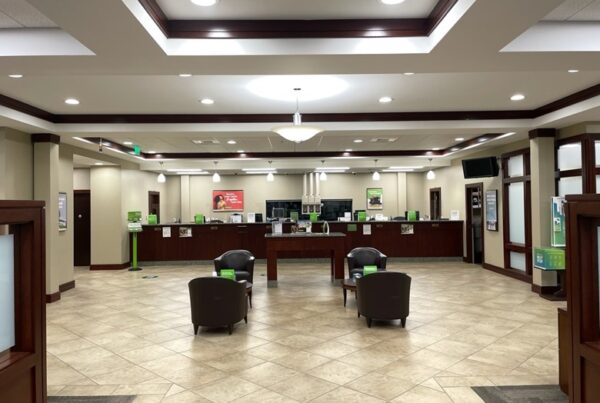