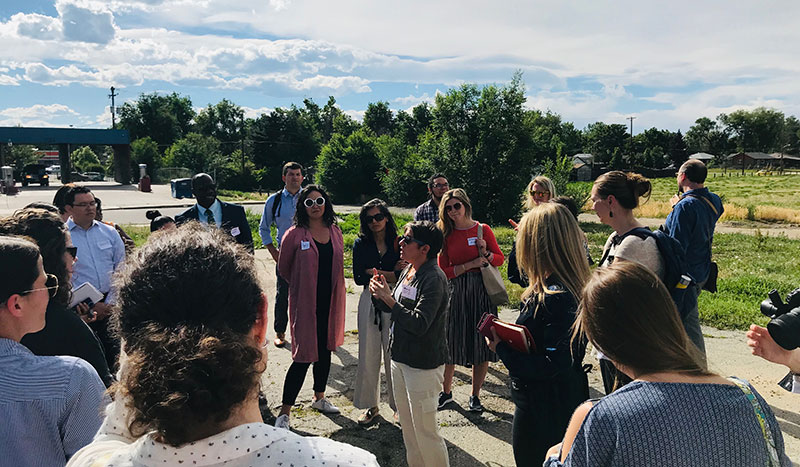 Launching the 2019 REDI class, Monica Martinez, (center) executive director of the Fax Partnership, leads a tour of a study site near Yosemite Street and East Colfax Avenue in Denver.

In 2009, ULI Colorado and Denver’s Office of Economic Development collaborated to begin a pilot program for the Real Estate Diversity Initiative (REDI), an early model for the Institute’s ongoing diversity, equity, and inclusion (DEI) efforts.

Since then, the program has launched to eight additional markets, providing mentorship and education to more than 750 graduates who aspire to connect with the jobs and business opportunities in commercial real estate. While the REDI program continues to grow through adoption by other ULI district councils, it is poised to make a broader impact as a certificate program through ULI Learning.

REDI gives . . . “opportunities to see behind the scenes and get some hands-on experience” working with architects, contractors, developers, and others in commercial real estate, says Mark Marshall, a ULI Colorado REDI mentor and vice president for real estate with Rocky Mountain Communities, a statewide nonprofit organization that develops and maintains affordable housing.

“For a lot of students, seeing me—a Black man in development—makes this path a lot more attainable,” says Marshall. “People of color in these leadership roles are few and far between.” He says that the REDI program is an important step in “the pipeline to the professions” that should be extended by “leveraging relationships across ULI to provide REDI grads opportunities for internships and jobs.”

In 2007, Denver’s Mayor John Hickenlooper asked ULI Colorado to partner with the city’s economic development office to start an equity program for real estate professionals. “We worked with city staff to define an education and mentoring program for working professionals that would focus on women and people of color, both under-represented within ULI ranks,” says Michael Leccese, executive director of ULI Colorado.

The program launched in May 2009 with a $10,000 grant from the ULI Foundation and in-kind city support. Learning from a REDI pilot, the district council expanded the program with a focus on teaching mid-career real estate professionals ULI best practices in development. REDI gained momentum in 2012 with the addition of a pro forma course taught pro bono by Jeffery Engelstad, a professor in the Franklin L. Burns School of Real Estate and Construction Management at the University of Denver, a REDI partner. The program also began a real-world component of preparing mock development plans for a local site under the guidance of design professionals and developer-mentors.

“REDI gave me insight into the development industry and connected me to folks I could tap further down the line,” says Ivan Anaya, a 2013 REDI graduate and principal of Astucia Development in Denver. Anaya says it was the “know-how and the relationships” he developed through REDI that were “critical” in helping him transition from a job in finance to community impact development and affordable housing. His REDI experience helped Anaya land a job as an asset manager with an affordable housing developer in Denver. He launched Astucia in 2016, developing projects for clients such as the Denver Public Schools. He is now director of real estate for the South Metro Housing Options housing authority and also works with Ethos Modular, a manufacturer of modular steel housing, on mixed-income housing proposals for Denver and Berkeley, California.

Learning the key skills needed to develop site plans has become a program draw. REDI classes of 25 to 30 students meet weekly over three months with speakers and ULI mentors. The class is divided into three teams that create conceptual designs, pro formas, financing strategies, market analyses, and marketing plans for a site that a local community wants to draw attention to. The plans must have a community benefit, such as affordable housing, a health clinic, or a neighborhood grocery store. At the graduation ceremony, the teams present their site plans in a “dolphin tank” competition judged by a panel of ULI and community members.

One of the properties that ULI Colorado’s REDI program studied was a vacant 2.2-acre (0.9 ha) site in Denver’s Westwood neighborhood that was later redeveloped by McDermott Properties, based in Centennial, Colorado. CEO Arthur McDermott had been a REDI mentor for the site and later purchased it to develop Westwood Crossing (pictured) with 98 units of 100 percent affordable housing.

With the site-planning process, “students got a lot more tangible benefit,” says Leccese. “They learned more about development, and neighborhoods benefited more by attracting the interest of local developers. REDI became a catalyst to making real projects happen.”

One REDI focus was a vacant 2.2-acre (0.9 ha) site in Denver’s Westwood neighborhood that was later redeveloped by McDermott Properties, based in Centennial, Colorado. CEO Arthur McDermott had been a REDI mentor for the site and later purchased it to develop Westwood Crossing with 98 units of 100 percent affordable housing.

Ismael Guerrero, CEO of Mercy Housing and former executive director of the Denver Housing Authority, helped start REDI and was a mentor for 10 years. “I knew there were a limited number of leaders in real estate and the housing world that were people of color,” he says, and, as a child of Mexican immigrants, he wanted to give back in gratitude for the mentoring that put him on the path to affordable housing development. “I’ve benefited in the same way as many participants: REDI has given me a much richer professional network and broadened my connections with young professionals in the community. We’re all looking for new talent, and REDI is a great source for recruiting diverse new leadership. It benefits everyone.”

ULI Colorado’s REDI graduates have rated the program “very valuable”—4.7 out of 5—in recent years, and many graduates have gone on to volunteer as peer-mentor administrators or designers. After graduating from REDI, LaChelle Coffey, a contractor in land acquisitions for the Regional Transportation District and Xcel Energy, volunteered as a team administrator. REDI is “knocking down barriers that were in the making for so many years,” she says, but as a Black woman, she has found that the barriers are even higher. REDI opened the door to participate in ULI Colorado’s Breaking the Glass Ceiling one-on-one mentoring program, which she hopes will open doors to developing affordable housing.

REDI graduate Mark De La Torre, director of visualization for MIG, appreciates how REDI broadened his skills in land development and helped him better understand private developer needs. Since he graduated, he has been volunteering as a design lead for REDI teams. “I understand the process, and this allows me to focus my guidance on urban design and planning and how to create spaces and work with other professionals on a development project team.”

For the past 12 years, the curriculum has been taught by local ULI mentors and tailored for local sites, “but that can be a heavy lift for ULI staff to implement each year,” and requires a lot of staff time, says Eppig. “We’ve seen a lot more district councils interested in starting REDI because of its focus on diversity, equity, and inclusion, and there has been huge interest recently.”

“Events in the year since George Floyd’s death, as horrible as that was, have opened the doors to placing greater importance on community-minded development and the role it plays,” says Stephanie Brown, executive director of ULI Minnesota. This year’s REDI site “is an incredibly important location physically and symbolically, a meaningful corridor with a lot of immigrant-owned businesses.”

Located just blocks from where Floyd was murdered, the site was closed after the uprising that boarded up many businesses and is being donated by U.S. Bank to a community nonprofit organization for equitable redevelopment. She says that the REDI program has added new speakers and a community panel with local stakeholders to address development the community wants, concerns such as displacement, and “core questions about what is good development.”

“We’ve been seeking speakers who are more representative of the REDI population of women and people of color,” Brown says. They include “talented Black and Brown entrepreneurs who are not waiting to get in the traditional door—they’ve been developing successful projects outside of the development industry.” They were selected “not just for their success or leadership roles in the market, but also because they represent doing development differently, and they embody what it means to be successful as a member of an under-represented group.” The REDI teams do not have a development budget, she says, “but people will watch what they’re doing.” Ultimately, she says, REDI could help transform the site into a more impactful community asset and create “a more dynamic and diverse real estate industry in Minneapolis.”

The district councils try to keep costs low for REDI students to encourage participation. ULI Colorado charges students $350 for the program. ULI Colorado and other district councils seek sponsorships to underwrite some of these costs. REDI classroom and team meetings typically were held virtually in 2020 due to COVID-19 restrictions. REDI leaders say that virtual programs have offered some savings and allowed students who live outside metropolitan areas to participate more easily, but they eliminated the in-person team meetings and casual gatherings that support relationship building.

ULI Colorado and the ULI staff in Washington, D.C., have been discussing how to standardize and streamline the REDI program for a national REDI certificate program that would access on-demand ULI Learning courses, including Real Estate 101 and a pro forma course, supplemented by class discussions, mentors, and site plan teams involving local district council leaders. ULI Learning will begin piloting a standardized program with ULI Colorado in June. A national branded ULI certificate program “will add a lot of value to the REDI program,” says Cindy Chance, ULI executive vice president for learning and product councils. The goal is to “create a diverse group of leaders that give back through ULI and make it easier for students who have full-time jobs and lives to do the learning.”

“As the REDI program continues to grow and more district councils offer it, we think we can attract national foundation dollars to support them,” Kotowski says. “Getting the ULI Learning pilot off the ground and supporting supplements with local content will really help us jump-start the program” with many more district councils.

ULI leaders have been encouraging alumni to continue to stay engaged through ULI membership. As ULI Colorado prepares for the 2021 Virtual Spring Meeting in Denver, eight REDI grads will be among 23 people of color chosen for the ULI Pathways to Inclusion program to attend the Spring Meeting on full scholarship and receive a free ULI Associate annual membership. ULI Colorado has started a REDI LinkedIn group to keep alumni connected and, as part of its DEI Action Plan, is planning a second tier, the “REDI Set Go” program, for graduates to access the ULI network and ongoing mentorship, programming, and career opportunities.

“REDI has gone from a good program to one of ULI’s main programs and has opened our eyes to more opportunities for diversity,” Leccese notes. To extend the program’s value for participants, “we’re going to have to grow REDI, do more for students, and make it more explicit that we’ll introduce participants to developers and others who would hire them.” 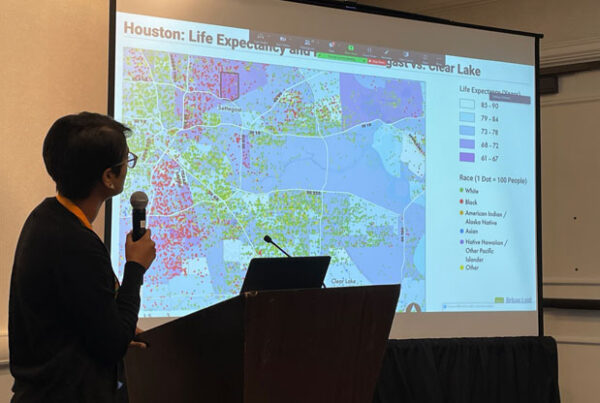 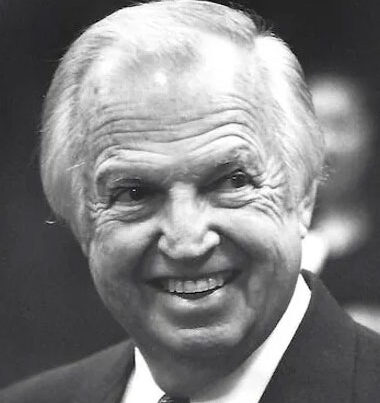 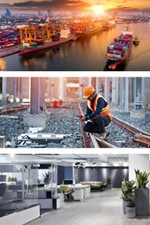