This morning, ULI Chicago’s Rebecca Robinett led an oversold tour of one of the oldest professional ballparks in the United States, Chicago’s Wrigley Field, which has been home to the Chicago Cubs baseball team for more than a century. When the Ricketts family took over Cubs ownership in 2009, it decided not only to rehabilitate the aging stadium, but also to turn a former parking lot next door into a mixed-use entertainment district bringing office, retail, and hotel uses to the area, as well as much-needed open space called Gallagher Way.

The mix at Gallagher Way includes the Park at Gallagher Way, a 39,000-square-foot (3,600 sq m) open space that hosts concerts, film screenings, outdoor markets, and game-day celebrations; 1101 West Waveland, a six-story office building that includes three floors of workspace for the Cubs front office and two floors of retail space with food and beverage offerings, as well as a conference center; and the Hotel Zachary, a seven-story, 173-room boutique hotel.

Working with architecture firm Stantec, the development team considered how the new structures could relate to the stadium and other neighboring buildings in massing, scale, and cladding materials. Also key was the decision to not maximize the heights of the buildings. “We set all the building heights to be the same height as Wrigley Field. We had the opportunity to go bigger, but this is about the neighborhood over the long term; this is about the experience,” said Eric Nordness, managing partner of Marquee Development, in an earlier interview with Urban Land.

Innovation in Commercial Real Estate Must Focus on Customer Experience Instead of Tech, Panelists Say 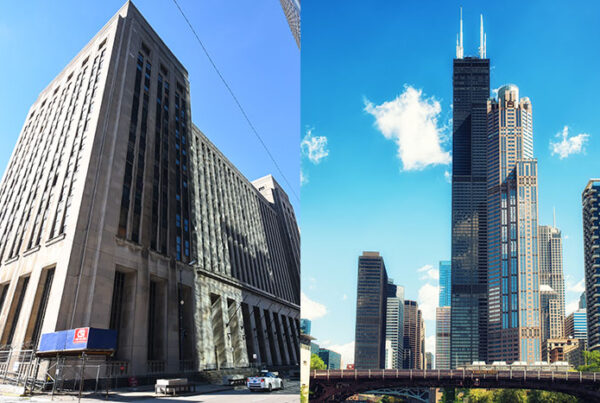