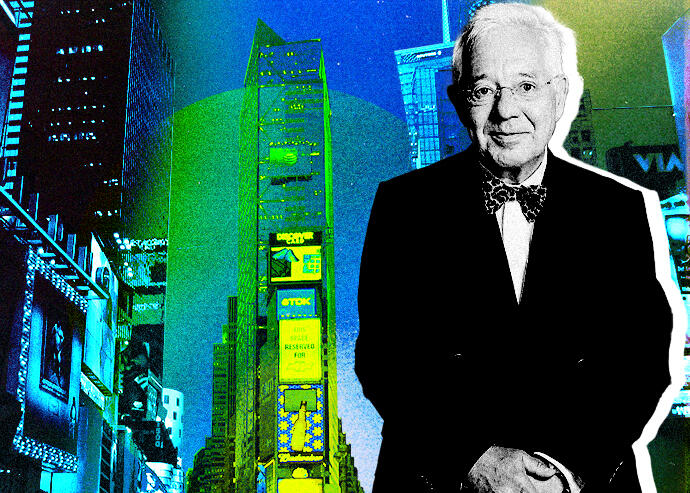 Jamestown is full-steam ahead in its $500 million metaverse-tinged redevelopment of One Times Square.

The firm landed $425 million in financing from JPMorgan Chase to cover most of the redevelopment, the Commercial Observer reported. About $208 million of debt refinances CMBS date that goes back to Jamestown’s acquisition loan in 1997.

Jamestown also landed an $88.7 million building loan and a $39.8 million project loan. Eastdil Secured’s Grant Frankel and Tanner McNeill were part of the team that brokered the financing.

With financing in place, Jamestown is ready to move forward with its redevelopment of the iconic property, home to the corner’s recognizable advertisements and the New Year’s Eve ball drop. The advertising will remain on while the redevelopment takes place.

Jamestown is planning to open 12 additional floors to the public at the century-old 25-story building, as well as installing a rooftop viewing deck that could come in handy every December 31st.

There’s also a goal to turn the property into something resembling the building’s counterpart in the metaverse, a virtual world hosted in the online world of Decentraland. To that end, Jamestown will be integrating virtual and augmented reality experiences into the design.

Jamestown president Michael Phillips has waxed poetic about the metaverse in the past, claiming it was not something that needed to be feared. Instead, Phillips has said the metaverse and virtual real estate is a natural extension of smartphones and the internet.

“We are reimagining how spaces can be experienced by leveraging the power of AR technology and creative storytelling,” Phillips said in a release regarding the redevelopment.

That belief will be put to the test with the One Times Square redevelopment, a 27-month process expected to conclude and open to the public in the summer of 2024.