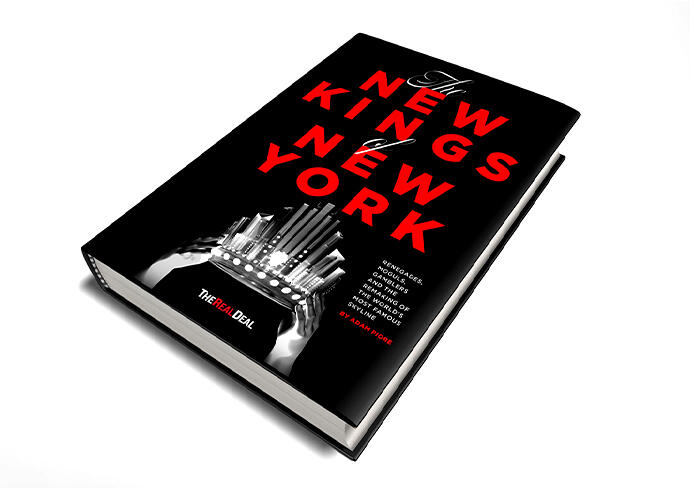 In New York, real estate is a blood sport, rife with billion-dollar feuds. Behind every eye-popping apartment sale and new development are crazy stories about the uber-wealthy behaving badly.

We’re thrilled to share those stories with the launch of our new book, “The New Kings of New York: Renegades, Moguls, Gamblers and the Remaking of the World’s Most Famous Skyline.”

Written by award-winning journalist and longtime TRD contributor Adam Piore, the book sizzles with insider accounts from the developers, politicians, investors and financiers who are most responsible for the way the city has shaped up in the new millennium — for better and for worse. Main characters include Related Companies’ Stephen Ross, Extell Development’s Gary Barnett, former deputy mayor Dan Doctoroff, and fallen golden boy Kent Swig. And in a first, the book has behind-the-scenes drama from distressed-debt wizards Fortress Investment Group.

Veteran real estate reporter and author of “Other People’s Money,” Charles Bagli, says “The New Kings of New York” belongs “alongside ‘Skyscraper Dreams’ and ‘Working-Class New York’ on the shelves of serious students of the city — which, if you’re in real estate, you must be.

“It’s rare for a book about real estate to read like a thriller, but this one does,” writes investigative journalist Vicky Ward, author of “The Liar’s Ball.”

Some of the most consequential stories of Manhattan’s evolution into a playground for the global one percent are now being told for the very first time in this compendium. A sea of historical context, red-hot takes and, yes, crazy stories awaits you — so buy your copy today and dive in.