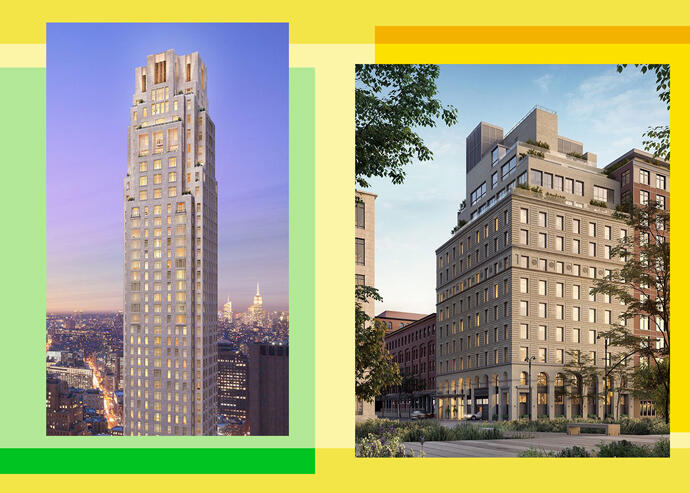 The Manhattan luxury market has picked up where it left off.

Buyers last week signed 33 deals signed for properties asking $4 million or more, a week after the count dropped to 28, the lowest number since February.

The holiday-week slump had ended an unprecedented string of weeks with 30 or more deals, according to the Olshan Report, which tracks the volume and value of Manhattan luxury contract signings.

“The market doesn’t show any indication of easing up,” said Donna Olshan, the report’s author. “The only reason why the streak ended was because it was July Fourth.”

The most expensive property locked up last week was a 6,207-square-foot triplex penthouse at 67 Vestry Street asking $45 million. The four-bedroom unit has four terraces spanning 1,875 square feet. If the sale closes at the contract price, it would be the most expensive in Tribeca this year.

The second priciest listing to go into contract was a duplex penthouse at 30 Park Place. The 6,127-square-foot unit has three bedrooms and two spacious loggias. The seller paid $30 million for the condo in 2017 and was asking $39.5 million.

Of the 33 deals hammered out last week, 23 were for condos while just six were for co-ops and four were for townhouses. The total asking price volume was $326 million and the median price was $6.15 million.

“It might be a one-week wonder,” said Olshan, who pointed to the continued spread of the Delta variant and low vaccination rates as causes for concern. “I don’t predict that prices are going to go up.”