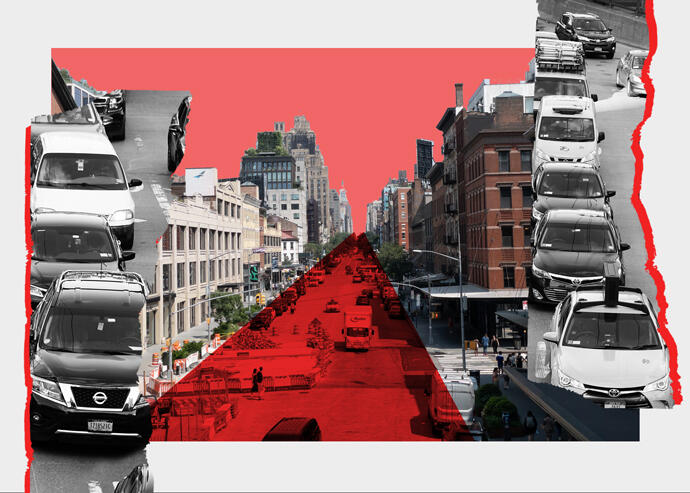 The Meatpacking District is now committing to a car-less future full-time after a pandemic-induced experiment. (iStock)

Rattling across cobblestone streets won’t be an issue for drivers in the Meatpacking District any more. But not because the cobblestones are going anywhere.

The Meatpacking District has committed to becoming one of the most pedestrian-friendly neighborhoods in the city, permanently banning cars from the area, according to the New York Post.

The Meatpacking Business Improvement District will use hexagon-shaped planter barricades to keep out traffic. Among the areas being blocked off are Gansevoort Street, Little West 12th Street, West 13th Street between Ninth Avenue and Washington Street, as well as the Ninth Avenue slip lane, the newspaper reported.

The three blocks have been closed to traffic seven days a week for the past year as part of New York City’s “Open Streets” program. That program was made permanent by Mayor Bill de Blasio in May.

Jeffrey LeFrancois, the executive director of the BID, cited the “unique geography” of the neighborhood as a reason behind the new decision. “Following the city’s decision to make the Open Street program permanent, we see the Meatpacking District as an ideal location to promote and support changes to the public realm that emphasize pedestrians, promote foot traffic for businesses, support outdoor cafe culture, and allow for more cultural programming on our streets,” LeFrancois told Time Out New York.

Time Out noted that the barricades will be moveable in case emergency vehicles need access.

Beginning Aug. 12, the neighborhood will celebrate the new permanent open streets with an immersive art and performance piece titled “From A Place, Of A Place.”