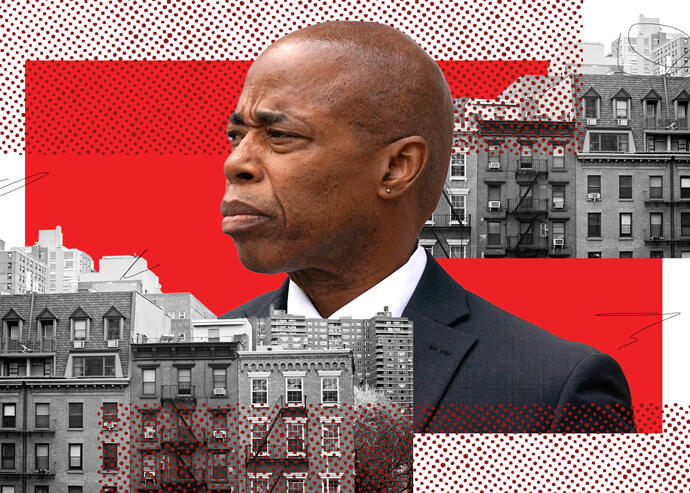 Even with a $2.7 billion pot to pull from, the nonprofits helping tenants apply for rent relief are almost certain the state funds won’t cover the mounting debt owed to New York City’s landlords.

To help make up the difference, a pair of nonprofits are calling on the next mayor to expand and strengthen an existing program that offers one-time assistance to tenants with rent arrears.

One Shot Deal, a city program that distributes funds to applicants dealing with an unexpected setback — homelessness, eviction or threats to their health or safety — doles out about $150 million a year. In a new policy paper, the Robin Hood Foundation and the Century Foundation, a progressive think tank, are calling on the next administration to double that funding to $300 million.

“Or maybe even more than that,” said Casey Berkovitz, a senior associate at the think tank. “The idea is the program would sort of be like a net for all of the folks who aren’t eligible or just don’t make the cut for ERAP [the emergency rental assistance program].”

Though it’s unclear how much has been distributed by ERAP so far — The City reported that $0 went out in June, the program’s first month — estimates point to a shortfall. Anywhere from 200,000 to 300,000 city households are in need of rental assistance, Berkovitz said. Nearly 100,000 applications hit the portal in the program’s first two weeks alone.

With arrears averaging $20,000 per household, according to an estimate cited by Riseboro CEO Scott Short, the $2.7 billion in relief only covers about 135,000 households.

One Shot Deal needs a few other tweaks before it can reach renters in need. As it stands, funds distributed by the program are generally loans, though Berkovitz said in some cases that requirement is waived. The recommendation is to strip the repayment catch, as well as waive a requirement that a recipient demonstrate their future ability to pay.

Any changes would depend on adoption by the incoming administration — likely under Democratic candidate Eric Adams.

The mayoral hopeful has campaigned on cutting through bureaucracy, especially in housing, Berkovitz noted. It’s possible Adams would look kindly on expanding eligibility for One Shot Deal.

As for funding, the nonprofit said it’s unclear whether the city’s recovery will allow for more money to go toward the program.

“I do think at the very least paying out more than what was paid out in 2020 and 2019 seems reasonable to me, because the need is just so much greater,” Berkovitz said.

As things stand now, applicants must apply for ERAP before turning to One Shot Deal. If an ERAP application is denied, the applicant can then apply for the city program. Renters may also apply for One Shot Deal to cover arrears that ERAP did not.