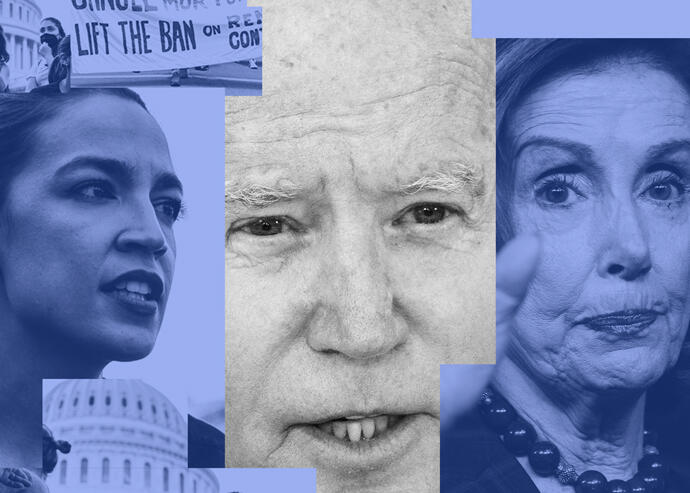 Hours after a federal stay on evictions lapsed, Democratic lawmakers pleaded with President Joe Biden to extend the ban, warning that millions of Americans are now at risk of being put out on the street.

The moratorium officially expired at midnight on Saturday, threatening an estimated 3.6 million renters. In response, Congressional Democrats are calling on the White House to extend the moratorium through mid-October, according to the Associated Press.

House Speaker Nancy Pelosi was among a group demanding action with a statement on Sunday evening co-signed by other party leaders. The statement cited the growing threat of the Delta variant as a reason for the moratorium extension, labeling it a “moral imperative.”

Alexandria Ocasio-Cortez is among the Democrats who have criticized the Biden administration for its response to the expiring eviction moratorium, and was one of several Democrats to camp outside of the Capitol this past weekend in protest.

Biden has in turn called on Congress to act and extend the moratorium, with the White House asserting that it lacks the authority to unilaterally extend the moratorium after a June Supreme Court ruling narrowly upheld the ban. In that ruling, Justice Brett Kavanaugh suggested he would block future extensions that lacked “congressional authorization.”

A last-ditch effort by House Democrats to extend the moratorium on Friday failed to muster the necessary votes to overcome Republican objections.

“We were depending on the White House,” House Financial Services chair Maxine Waters told CNN on Saturday. “We did not know that was going to be thrown to us at the last minute.”

If Biden acts and the Supreme Court strikes it down, the decision could hamper his ability to respond to public health crises in the future.

Adding to the frustration of the moment is the continued slow rollout of rent relief aid, for which almost $47 billion in federal funds have been allocated. Some states have struggled to distribute any aid, which would likely curtail an impending wave of evictions to some extent.