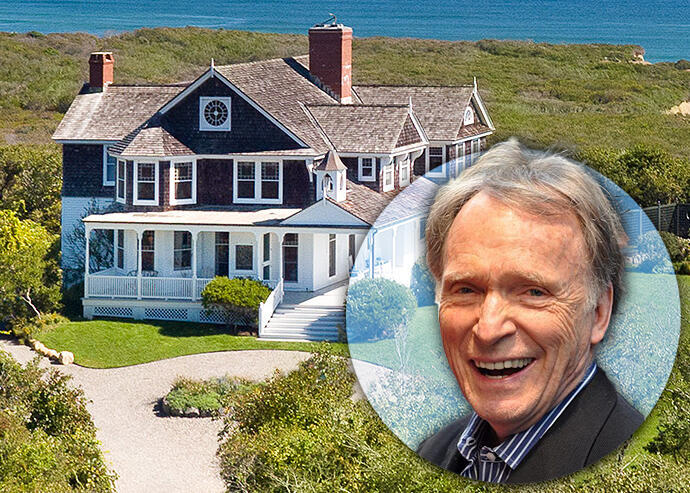 Dick Cavett and the property in Montauk (Compass, Wikipedia)

Legendary talk show host Dick Cavett has sold his Montauk estate for $23.6 million in the hamlet’s most expensive sale this year.

Cavett, 84, had owned 176 Deforest Road for more than 50 years. The estate features 20 private acres of secluded oceanfront surrounded by nearly 200 acres of preserve.

The original structure on the property, designed by Stanford White and built in 1882, burned down in 1997 and the home was entirely rebuilt.

The house is over 6,500 square feet, with six bedrooms and four bathrooms. The kitchen opens to a screened porch. Upstairs there’s a finished attic with a reading nook. The house is surrounded by wrap-around porches.

This deal follows the sale of nearby 153 Deforest Road — Montauk’s second-priciest sale of 2021 — in which Coleman also represented both the buyer and seller. That property sold for $11.5 million.

The two houses are part of a cluster of historic homes for wealthy New Yorkers, known as the Seven Sisters, that were originally built by Stanford White. Cavett bought his in 1966, before he became a star.

With demand high and inventory low on the East End, prices have skyrocketed amid a broader increase across Suffolk County. The median home price in the county was $535,000 in August, a record high for Suffolk, according to a report by OneKey MLS. The figure represented an 18 percent jump from August 2020.

However, luxury home prices in the Hamptons appear to have stabilized.