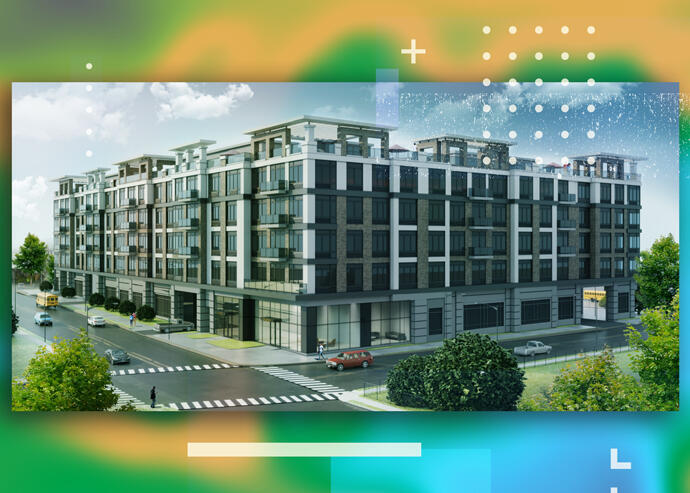 A residential project that broke ground two years ago in East Orange has landed a $19.5 million construction loan.

The multifamily development at 45 South Grove Street, called The Modern, will replace the Blood Center of New Jersey, which closed in 2014. The Modern will stand five stories and have 119 units — 67 two-bedrooms, 48 one-bedrooms and four studios — each with floor-to-ceiling windows and stainless-steel appliances.

The site is blocks from Central Avenue, a main retail hub of the city.

A groundbreaking ceremony was held more than two years ago for the project, which is expected to help revitalize East Orange, located just three miles from Newark.

East Orange has significant access to mass transit, which has led to a spate of developments in recent years. New Jersey Transit’s 90 bus to Newark, Bloomfield, and Irvington stops near the development, which has quick access to the Garden State Parkway and the New Jersey Turnpike.