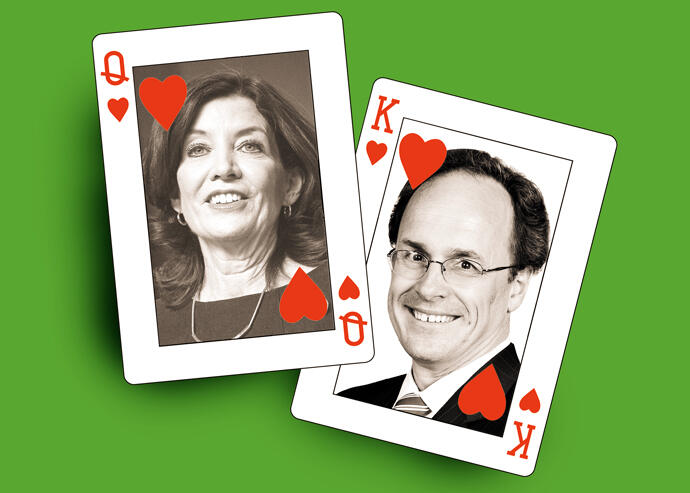 Having ascended to governor-in-waiting status, Lt. Gov. Kathy Hochul is pondering how to separate herself from state decisions affecting her husband’s employer, a casino operator.

William Hochul is general counsel and senior vice president at Delaware North, a Buffalo-based casino and hospitality company that has much at stake in Albany. Kathy Hochul’s team is already mentioning a recusal process for matters related to the business, according to The Daily Beast.

The recusal process will be set up before the new governor takes over from Gov. Andrew Cuomo, who yesterday announced he would resign in two weeks. Details on what that process would be remain unknown.

As governor, Hochul will have immense power over New York’s casino industry. She will control the state’s Gaming Commission, giving her the authority to approve sales and acquisitions of state betting facilities. She will also control the Thruway Authority and the Office of Parks and Recreation, which between them have almost $50 million worth of contracts with Delaware North that will expire during Hochul’s tenure, the Daily Beast reported.

Ethics watchdogs are already on high alert for any conflicts that may emerge during the next governorship. Some already perceive favorable treatment of Delaware North from the outgoing governor, stemming from battles Cuomo waged with the Seneca Nation, including now-scuttled plans to build a lodge on Goat Island, according to the publication.