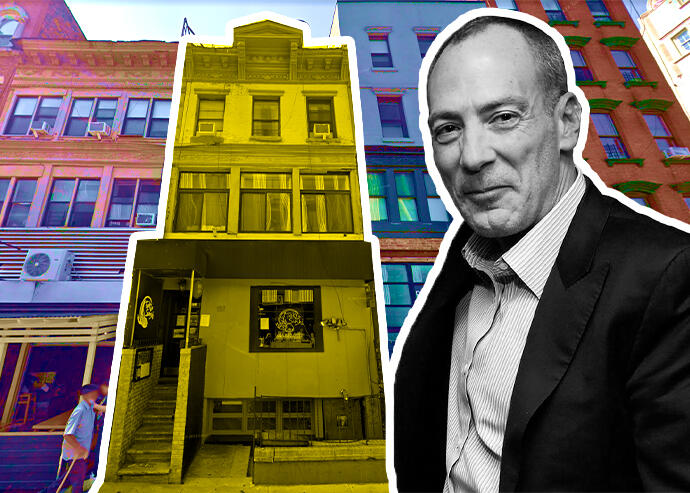 If you only know two things about Steve Croman, the second might be that he rarely — if ever — sells his apartment buildings. But now, the infamous landlord is doing just that.

Croman is looking to offload 14 apartment buildings in and around the East Village for more than $120 million, The Real Deal has learned.

He’s the latest in a group of old-line New York landlords who have moved to part ways with their properties in recent months as fallout from the state’s 2019 rent-regulation overhaul has combined with demand from investors eager to get in on the city’s recovery.

But unlike investments that were suddenly strained when state lawmakers limited landlords’ ability to raise rents on regulated apartments, the properties Croman is offering are almost entirely free-market.

The 14 buildings are all small walk-ups that hold a combined 102 units, collectively covering more than 80,000 square feet, according to a marketing brochure from Marcus & Millichap.

Property records show Croman acquired the buildings between 2005 and 2014 for at least $35 million. The offering price for the portfolio is $121 million.

Sources believe the landlord has put other buildings up for sale. Croman did not immediately respond to a request for comment.

Croman — whose 9300 Realty at once owned more than 150 buildings in the city — is infamous for his allegedly predatory treatment of tenants. For years, he’s been accused of harassing rent-controlled renters so his company could deregulate their apartments and rent them at higher rates.

Croman went to jail on a one-year sentence in 2017 after pleading guilty to mortgage fraud charges.

Apart from the scandals, Croman is also known as a longtime owner who rarely sells his properties. But he’s one of many similar investors who have chosen to do so in recent months after finding the regulatory environment unfavorable.