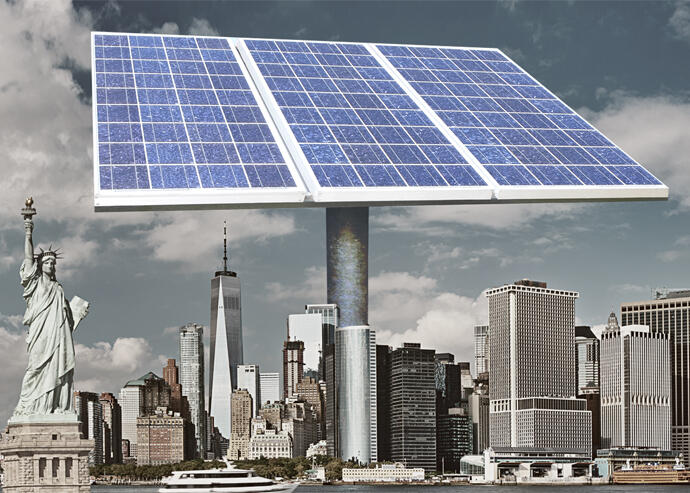 New York City landlords and developers who borrowed money in the last three years for energy-saving improvements just got some good news. But they’ll have to wait to take advantage.

That’s according to new guidelines the city released last week on the PACE financing program. PACE — Property Assessed Clean Energy — is expected to play a key role in helping the city meet its ambitious greenhouse gas-cutting goals by providing owners with cheaper rates to finance projects.

The only problem: PACE still is not available in New York City.

Attorneys and developers were expecting the program to finally begin in the five boroughs this month, a year and a half after it was approved. That hasn’t happened yet, but updated guidelines mean the program has cleared a key hurdle toward that goal.

“We are not there yet, but we are pretty close,” said Tom O’Connor, an attorney at Duval & Stachenfeld, and the firm’s PACE finance co-chair. The firm provided guideline highlights to clients this week.

The city passed PACE in 2019 as part of its Climate Mobilization Act. The series of measures includes Local Law 97, which mandates most commercial buildings larger than 25,000 square feet must reduce their carbon emissions dramatically. The buildings must slash emissions by 40 percent by 2030 and by 80 percent by 2050. Landlords who don’t comply are on the hook for hefty fines. PACE financing would provide a potential lifeline to cover at least some of those upgrade and improvement costs.

The new guidelines have also clarified eligibility requirements to receive financing. Multifamily landlords and religious institutions will be able to utilize the program for their buildings, in addition to commercial property owners. And it will also cover unsold residential condo units, also known as sponsor units.

In addition, the guidelines included additional instruction for lenders looking to qualify as PACE providers.

It did not indicate whether PACE financing will be subject to a mortgage recording tax, something that could make the program more costly to borrowers. Attorneys are expected to seek additional guidance on that point. And while the state and city PACE law was amended to include new construction, the latest guidelines only provide for existing buildings, according to a review by Duval & Stachenfeld. The firm said it expects an amendment to include new construction.

PACE financing — technically not a loan — gets paid back as a property tax assessment. Proponents say it could be a substitute for mezzanine loans given it offers cheaper rates. Because it is recorded as a tax assessment, PACE financing requires legislation enacted by state and local governments. So far, 37 states including New York — and Washington, D.C. — have passed laws enabling PACE.